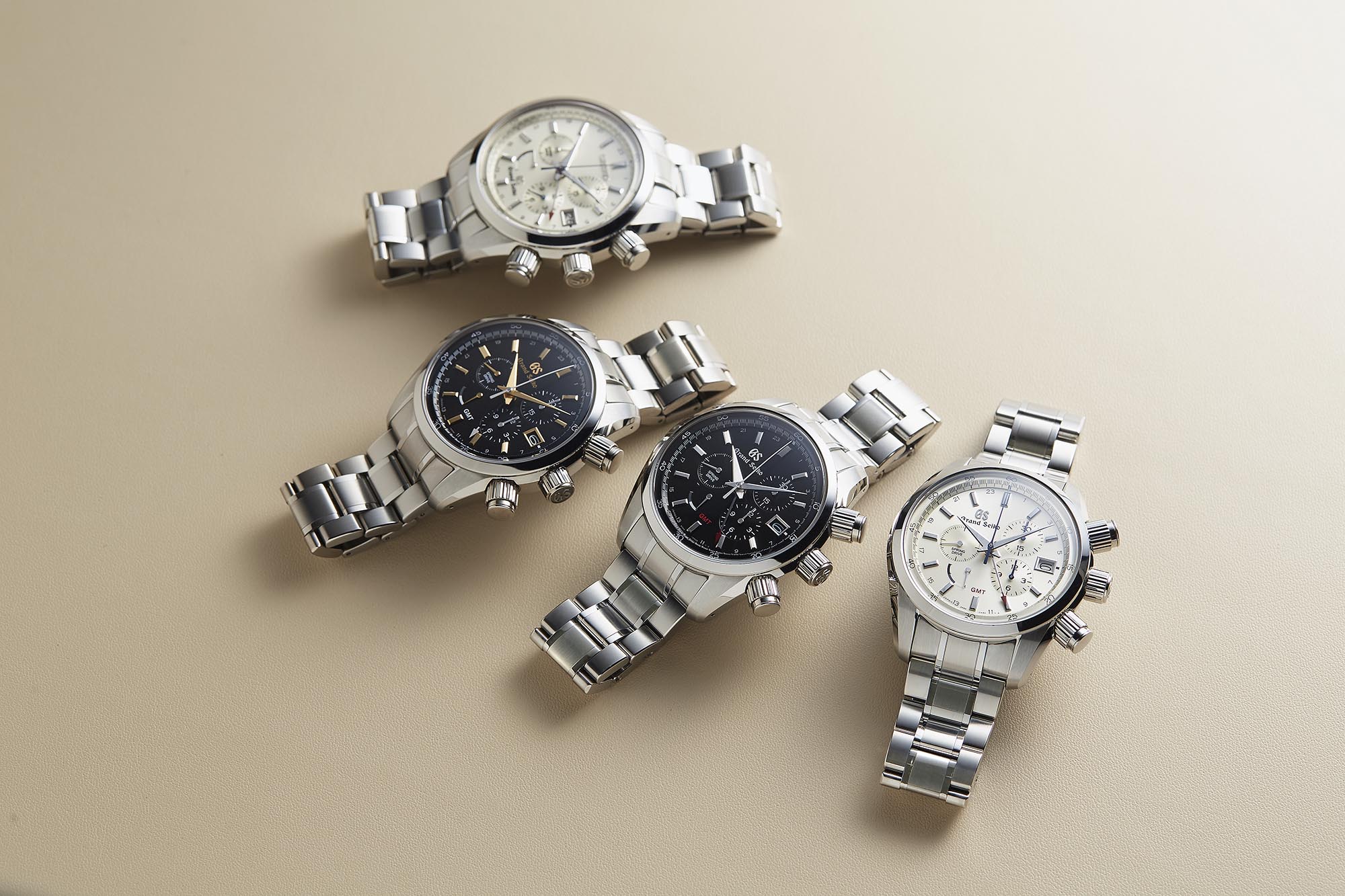 Manufactured in the Shinshu Watch Studio (located in the Shiojiri plant of Seiko Epson Corporation), Grand Seiko’s Spring Drive calibers bring together the best of mechanical (high torque and a perpetual power source) and electronic (high precision and stability) watchmaking. As the name suggests, Spring Drive features a mechanical gear train as the driving force, a mainspring and barrel as the sole power source, and pairs that with electromagnetic regulation to ensure the greatest level of accuracy and reliability. This is also true with Grand Seiko’s Spring Drive chronographs, which offer what could be the highest precision measurement of any mechanically powered chronograph movement on the market. 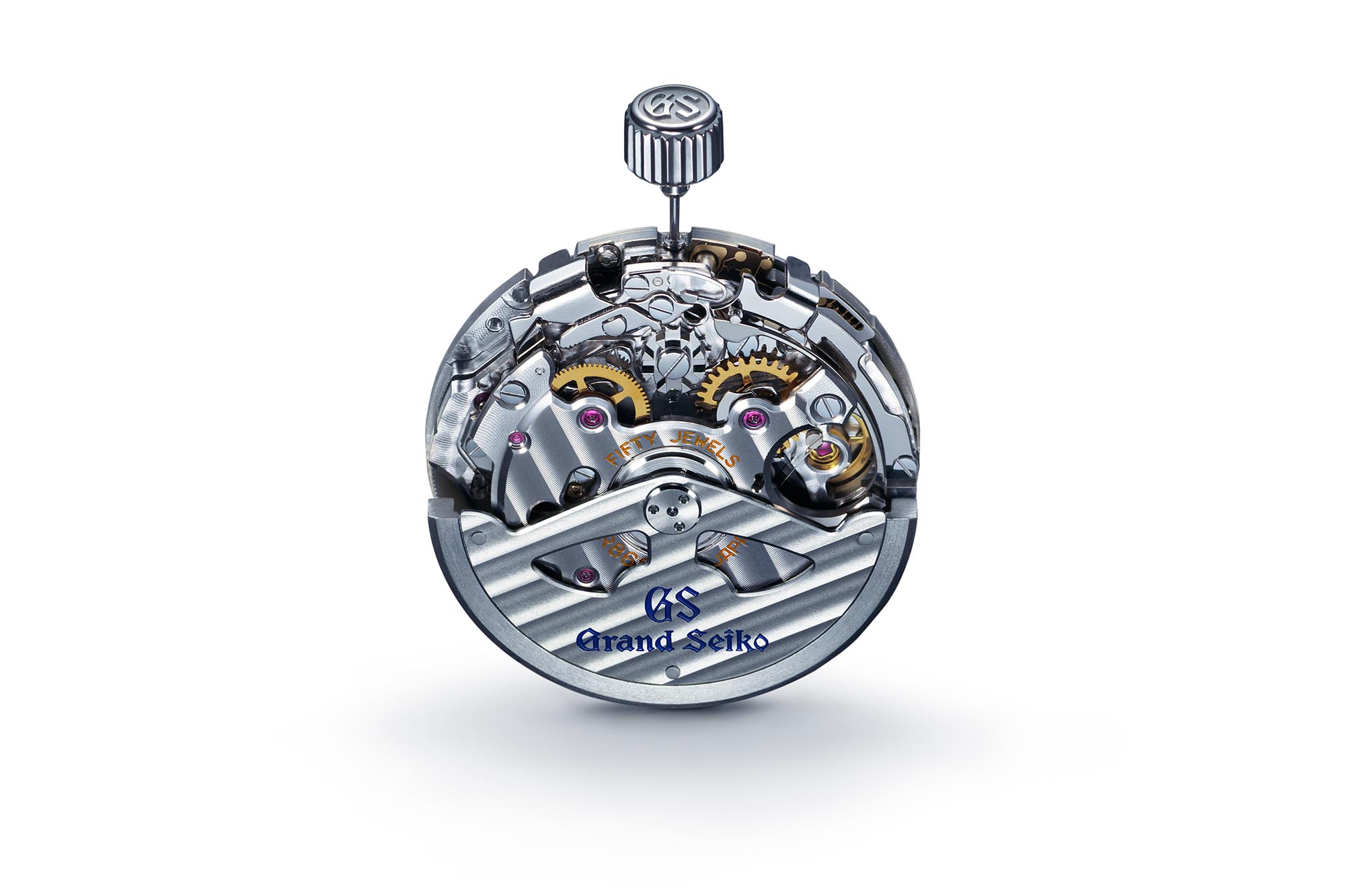 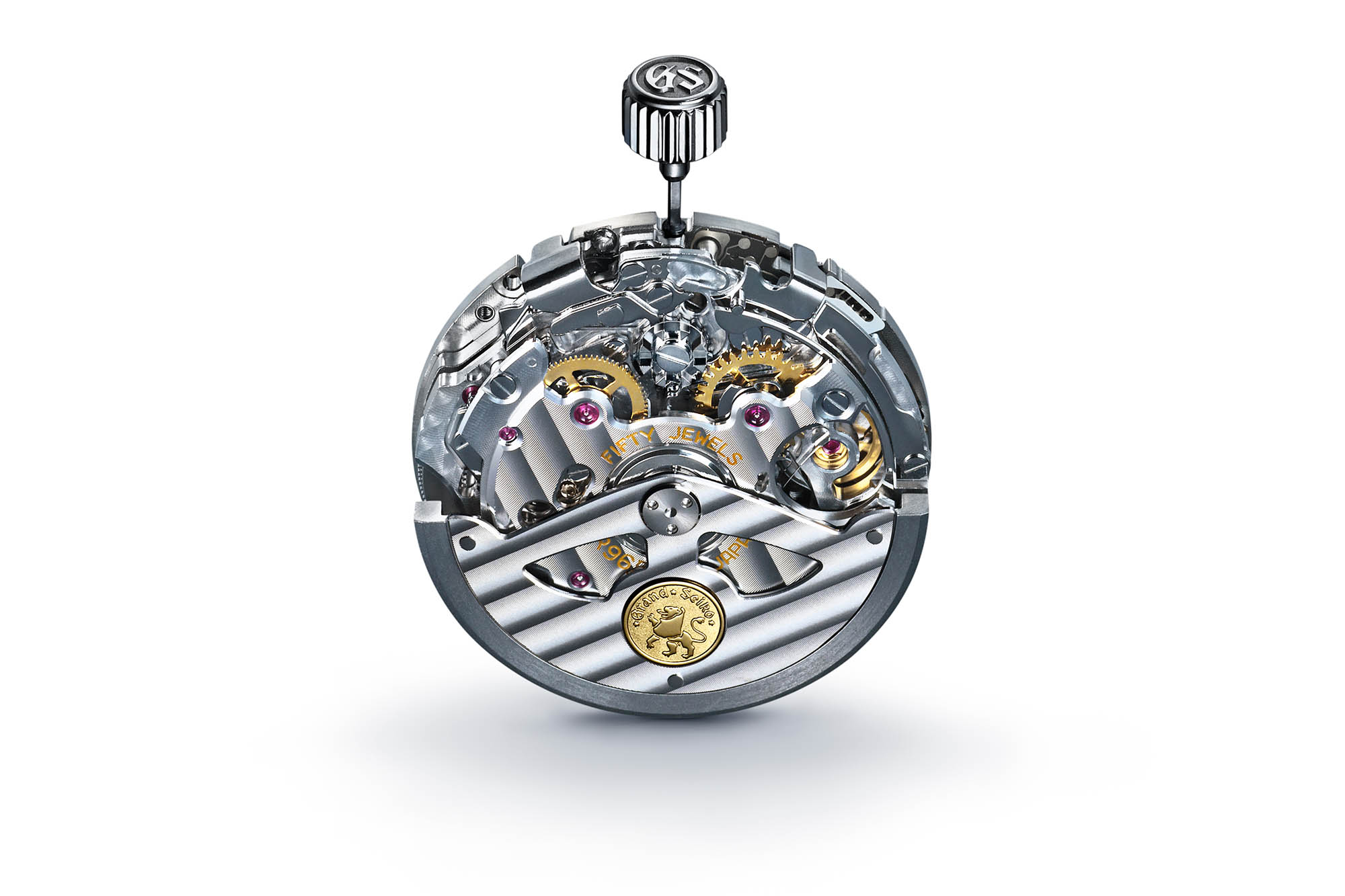 Caliber 9R96 is a version of Caliber 9R86 specially adjusted to deliver an even higher level of precision.

In place of traditional regulation via the escapement, Spring Drive uses a Tri-Synchro Regulator, which harnesses three forms of energy—mechanical, electrical, and electromagnetic—to regulate the movement’s timekeeping.  It uses no battery or storage of electricity and only generates the necessary amount of electricity as the mainspring unwinds to power an integrated circuit. Essentially, Spring Drive takes the best attributes from both mechanical and quartz and eliminates some of the weaknesses of each, such as the escapement and battery, respectively. 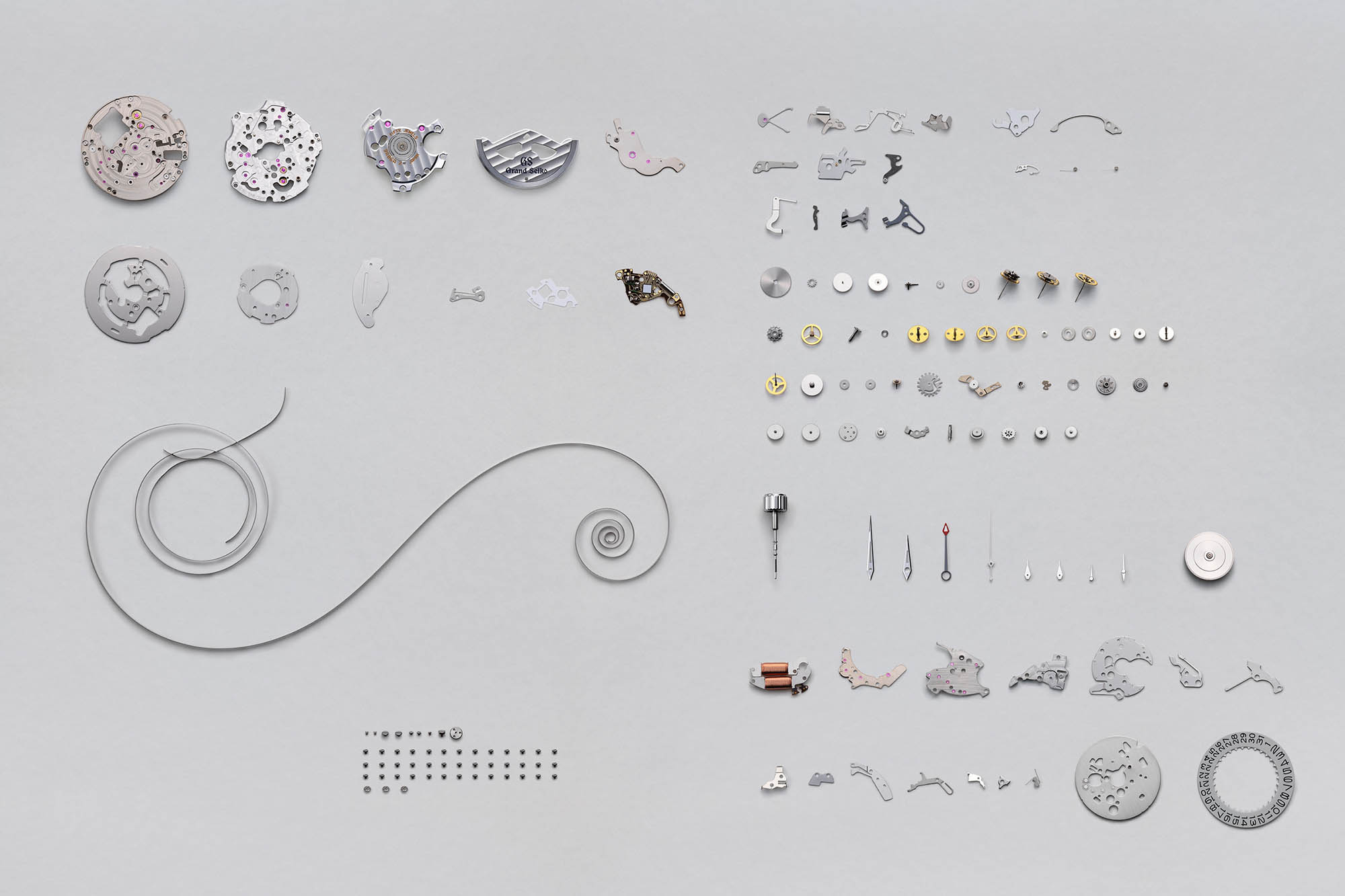 Read “How Long Did It Take to Develop Spring Drive?”

Grand Seiko’s flagship chronograph movement is the Spring Drive 9R86 caliber. It is a highly complex engine with more than 400 parts, and each movement is hand-assembled by highly skilled Grand Seiko craftsmen and women. It has a power reserve of 72 hours (even with the chronograph running). In addition to the chronograph feature, which can measure elapsed time up to 12 hours, it also includes a GMT function, which allows the wearer to track an additional time zone. 9R86 is accurate to +/-15 seconds a month, and the specially calibrated 9R96 is rated to +/-10 seconds a month. Crucially, both movements also measure elapsed time up to 12 hours with the same level of accuracy.

The first is a column wheel, a turret-like structure in the chronograph mechanism that is pivotal in optimizing the complication’s performance. It provides a distinct feeling when engaging the chronograph – the operator will feel a decisive “click,” ensuring precise starts, stops, and resets. Due to their complex structure, column wheels are not as commonly seen in mechanical chronographs today because they are typically more expensive to manufacture, requiring more time and effort to produce and finish. 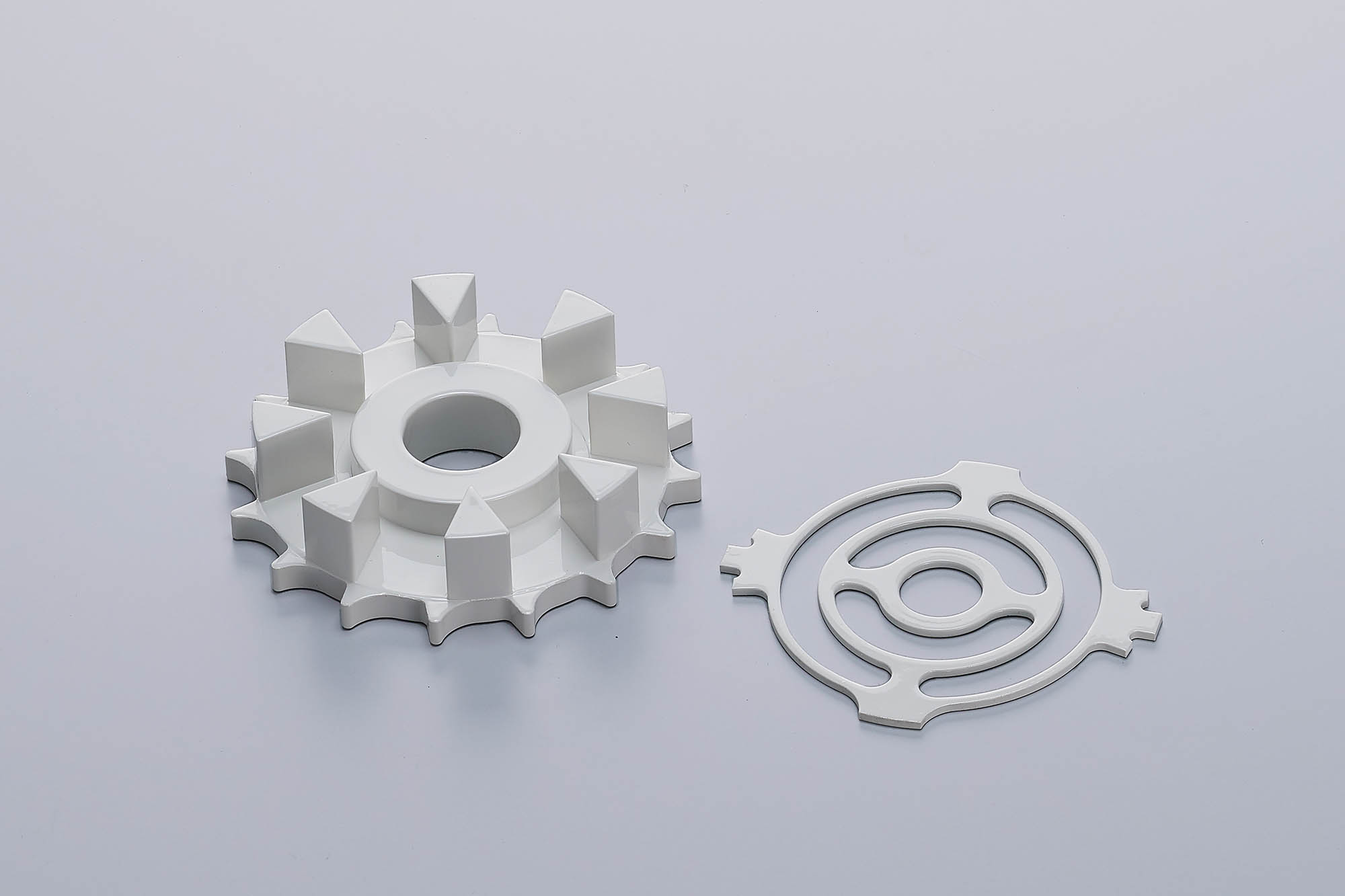 The second feature is a vertical clutch, a highly reliable transmission system for a chronograph, and purists prefer it over the more straightforward, less efficient horizontal clutch system. A vertical clutch engages the chronograph seconds wheel with the continuous running seconds wheel vertically by using spring tension to “drop” the clutch instead of meshing gears together horizontally.

This is highly beneficial to both performance and longevity. It transmits energy directly from the mainspring to the chronograph and ensures that there is no misalignment, or jumping start, of the chronograph hand at the beginning of the measurement. Grand Seiko’s Spring Drive chronograph employs a distinct vertical clutch design courtesy of a proprietary clutch spring. 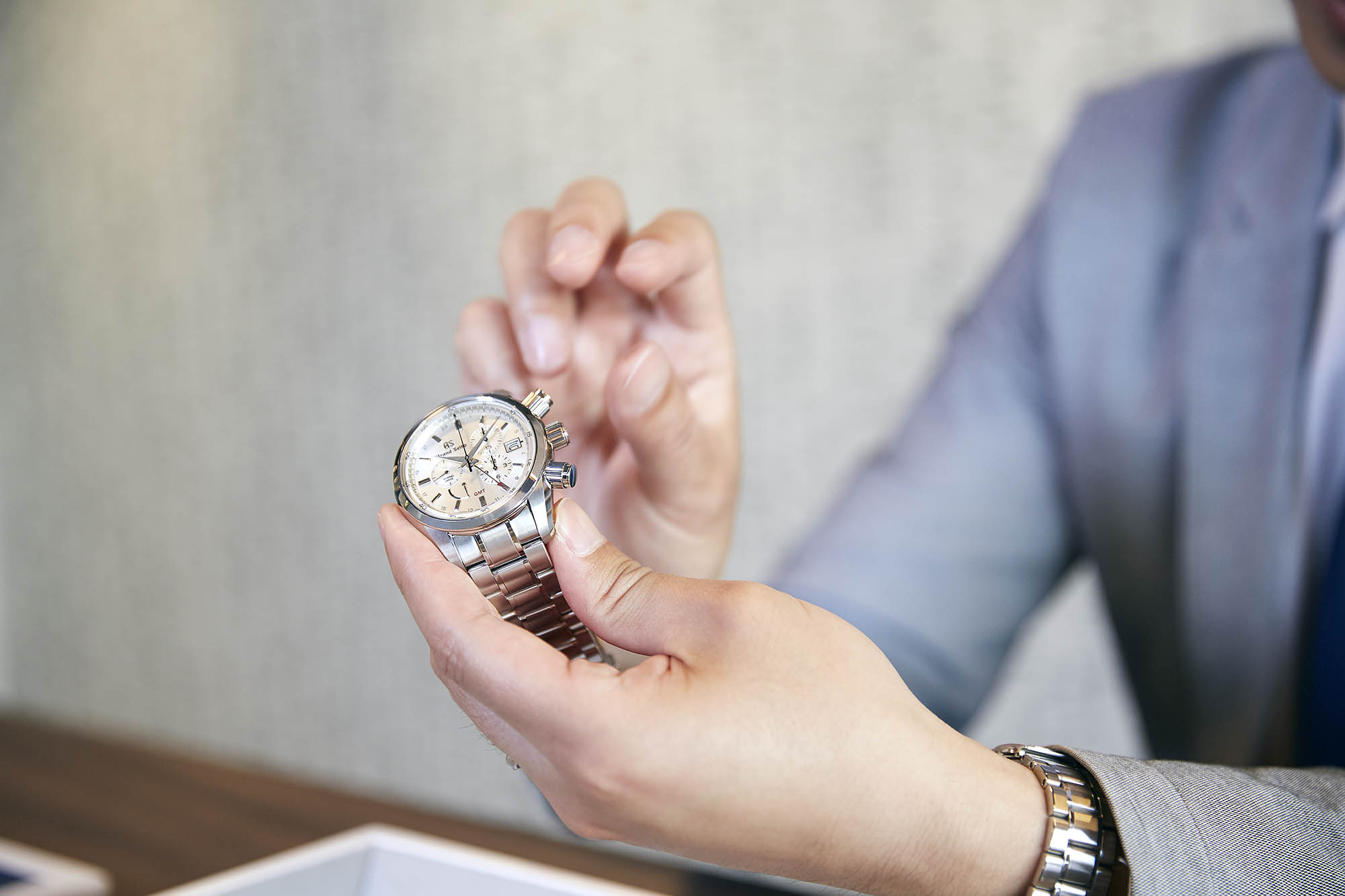 The tactile feel of the chronograph pushers was inspired by a stopwatch created in the 1960s. The pushers have a “ready, set, go” feature where a user can depress the pushers halfway to brace for the start of the timing event and then press down with a defined click for when the timing event begins. This is like the function of a camera shutter, and the effect here is greater timing precision. 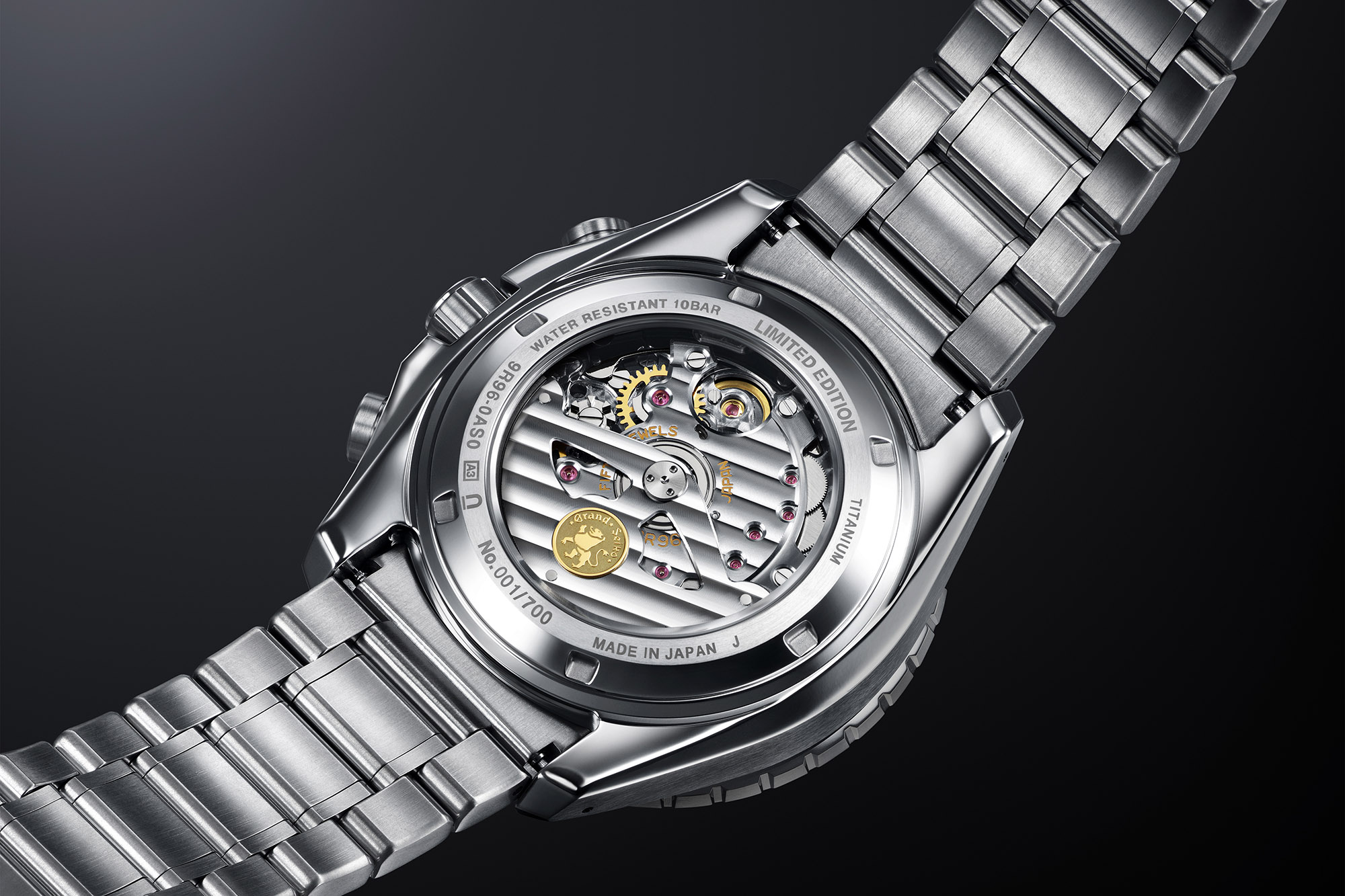 By focusing on the end user, Grand Seiko created an immediately effective chronograph capable of delivering a lot of information without sacrificing legibility.

Visually, the chronograph registers are arranged incredibly clearly on the dial. There is a 30-minute register positioned around the two o’clock marker, a twelve-hour register below that at four, and an active seconds hand at nine. A GMT hand allows for tracking a second time zone, and there is a power reserve indicator near the seven o’clock position. Despite being information-rich, the dial remains highly intuitive in how it delivers the information, with the eye immediately drawn to the vertical stack of registers tracking elapsed time on the right side of the dial. 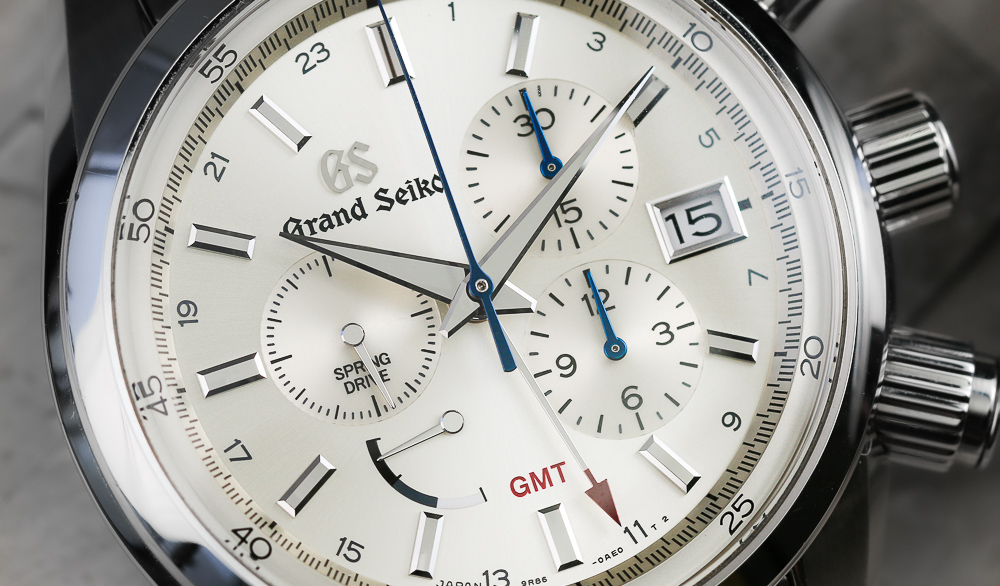 The second’s marker is indented to create an easy-to-read measurement of up to 1/5th of a second along the scale on the outer perimeter of the dial. Furthermore, with the chronograph seconds hand gliding rather than ticking, the elapsed time is measured with greater precision because the motion of the hand stops at the very instant the chronograph button is engaged.

Grand Seiko’s highly functional Spring Drive GMT chronograph embodies the core values of the brand: precision, legibility, durability, and beauty. Inspired by the past but with one foot always firmly planted into the future, Grand Seiko achieved a precision instrument truly unlike any other. How Does the Second Hand on Grand Seiko’s 9F Caliber Hit the Marker Every Time?
Discover how Grand Seiko’s engineers created the perfect “tick.”
Read Article 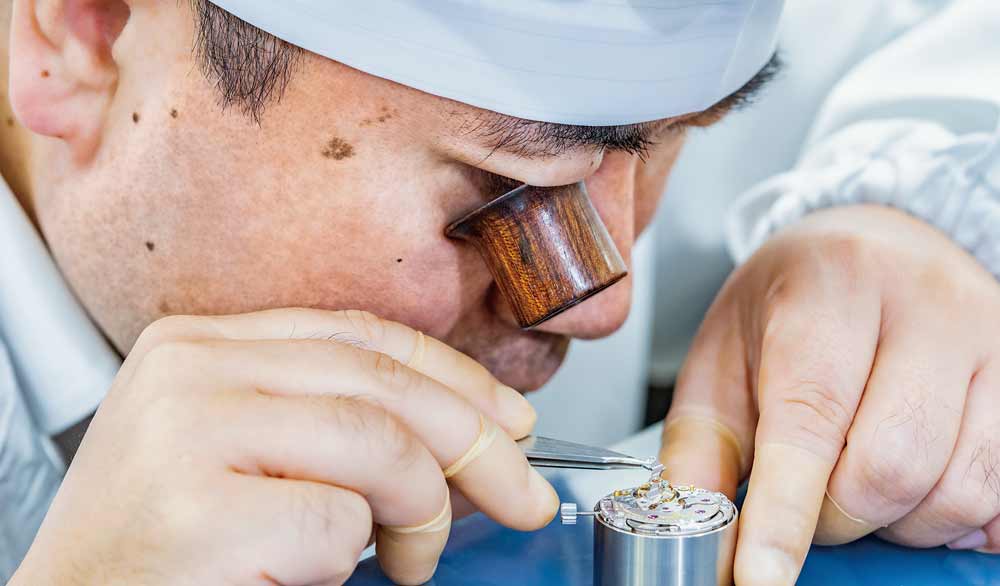