Log in
Register
All Articles
Model Story
Taking a Closer Look at the Grand Seiko SLGH003
Celebrating 60 years of Grand Seiko with a new standard powered by Caliber 9SA5.

2020 marks the 60th anniversary of Grand Seiko and to commemorate six decades of fine watchmaking, Grand Seiko spent much of the year unveiling a diverse lineup of timepieces. One of the biggest releases of the year was reference SLGH002 announced in March. Limited to just 100 pieces, Reference SLGH002 introduced not only a new form factor to Grand Seiko’s Heritage line, but also an entirely new, next-generation movement, the 9SA5. Being such a limited release, and one rendered in 18k yellow gold, there was speculation if Grand Seiko would eventually release a version of the watch in a new guise, particularly something in stainless steel. The answer came this past October when Grand Seiko announced Reference SLGH003.

Before we take a closer look at the watch, let us first review the movement. 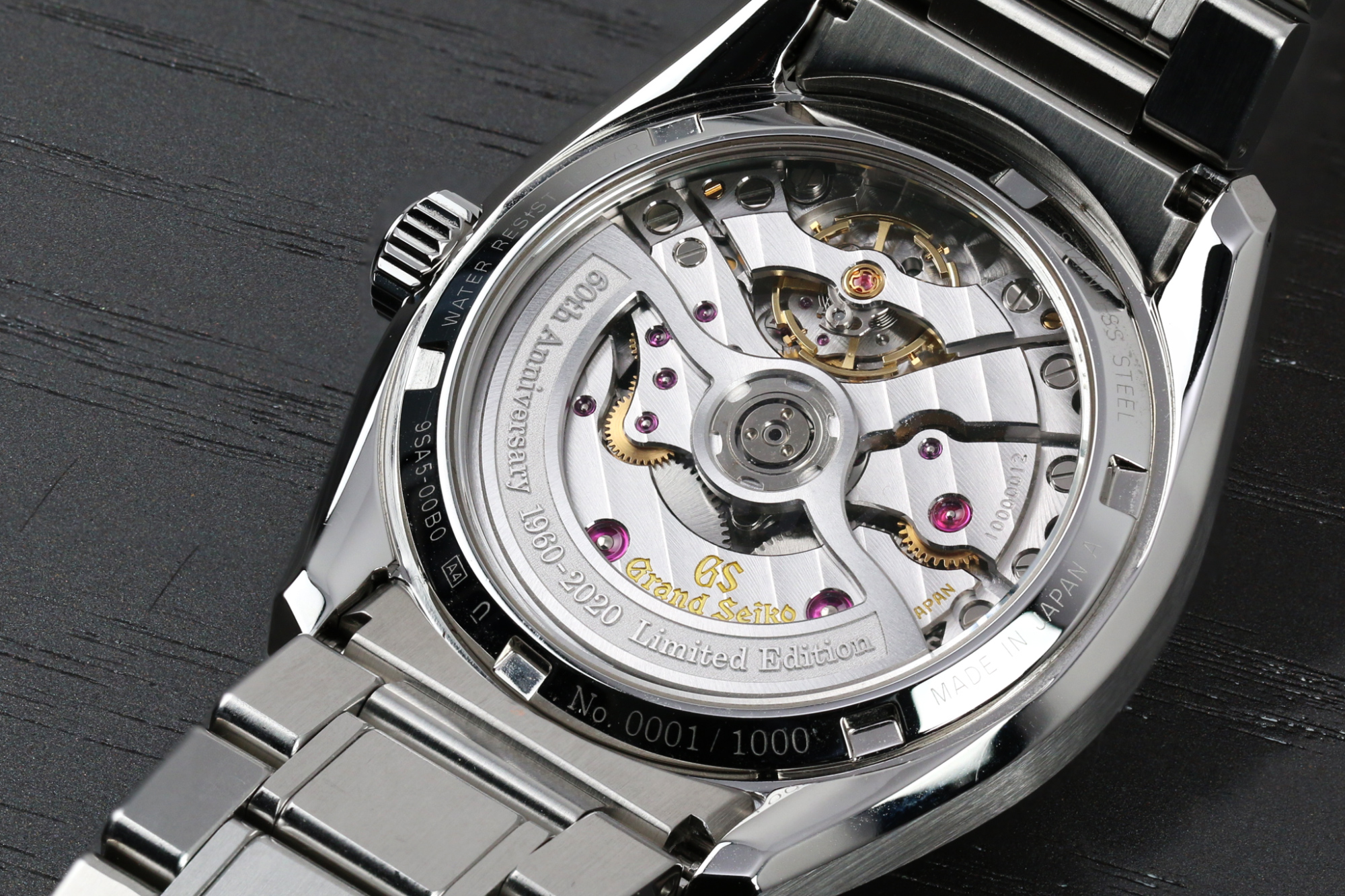 The Caliber 9SA5 Hi-Beat was introduced earlier in 2020. 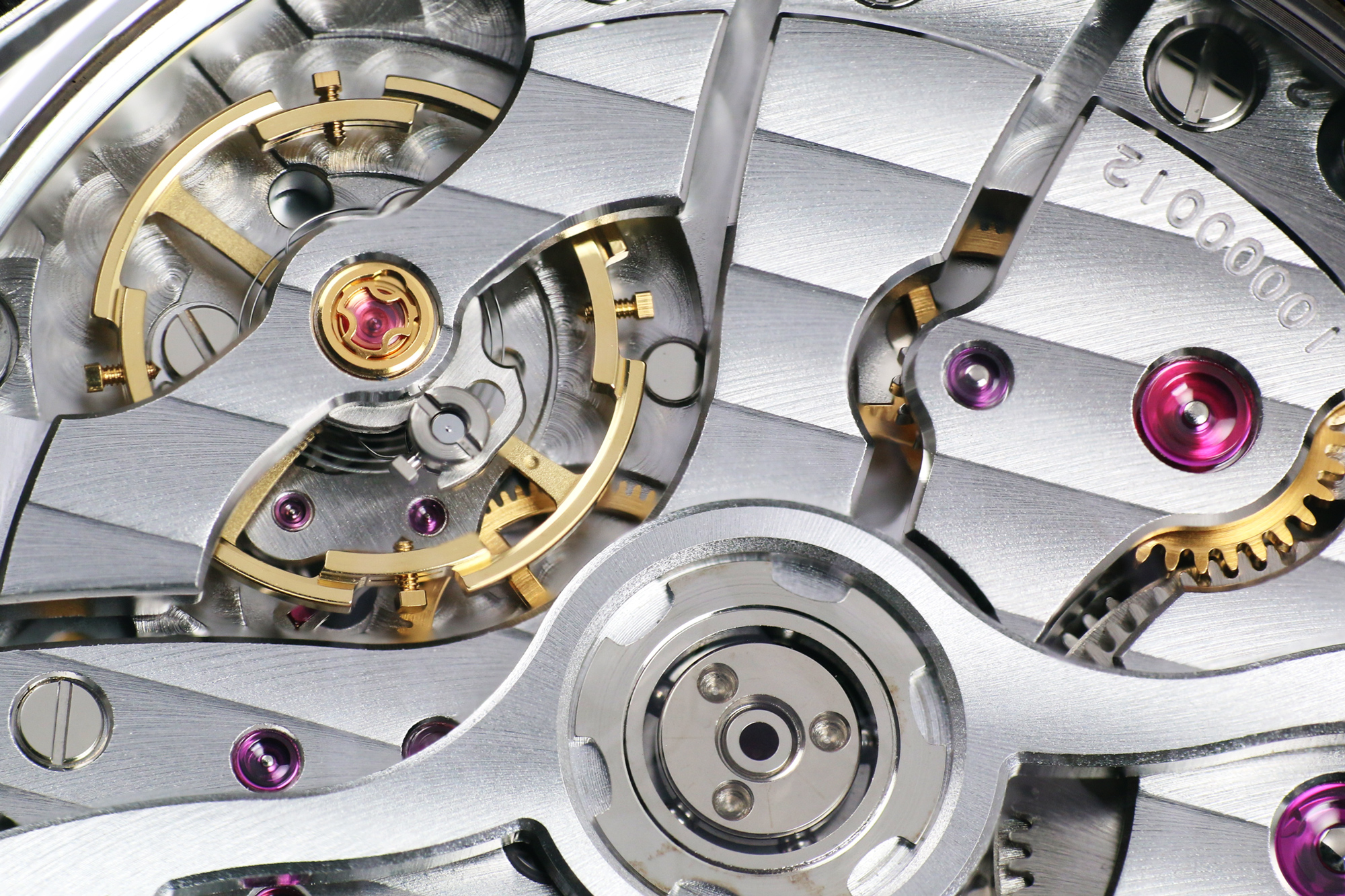 It features a new and distinct standard of finishing. 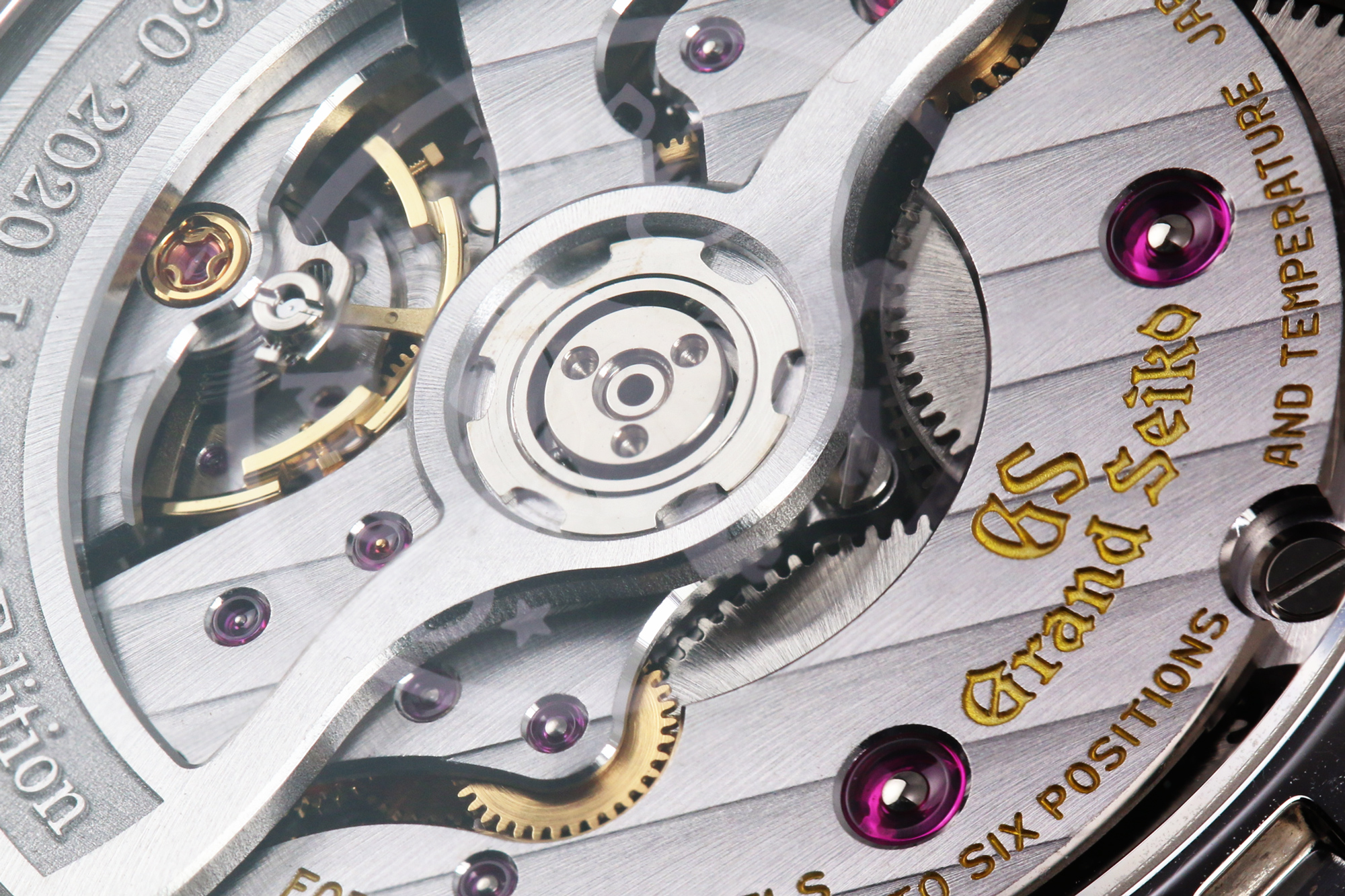 A skeletonized rotor reveals the beauty of the caliber underneath. 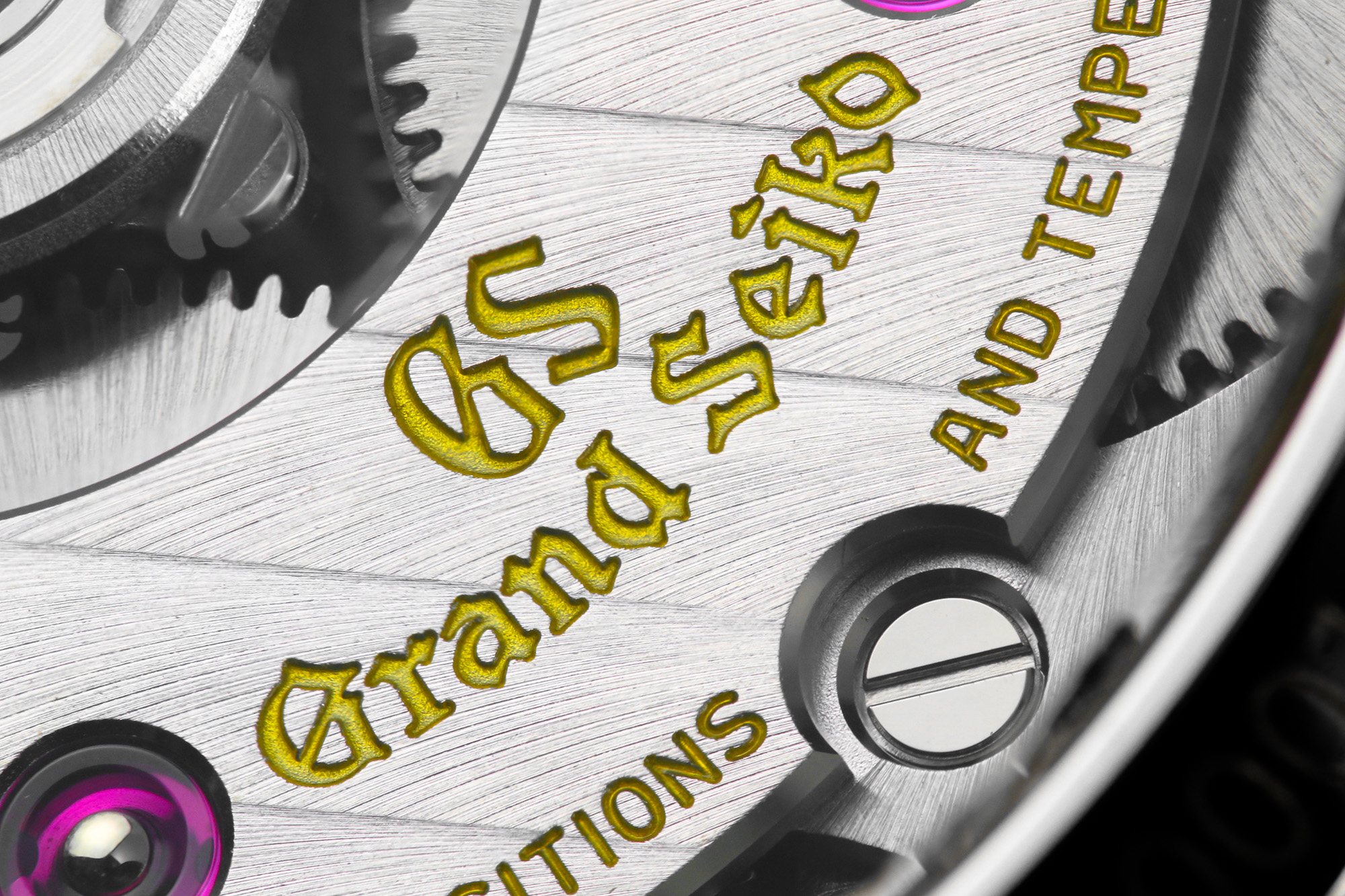 Designed by Mr. Hisashi Fujieda, Caliber 9SA5 is an entirely new movement from Grand Seiko that was developed over the course of 9 years. The 9SA5 is a Hi-Beat caliber that runs at 36,000 bph with a precision rate of +5 to -3 seconds a day. While Grand Seiko is no stranger to producing high beat movements, the new 9SA5 boasts a noteworthy practical improvement with its 80-hour power reserve versus the 55 hours of Grand Seiko’s 9S8 series Hi-Beat calibers. 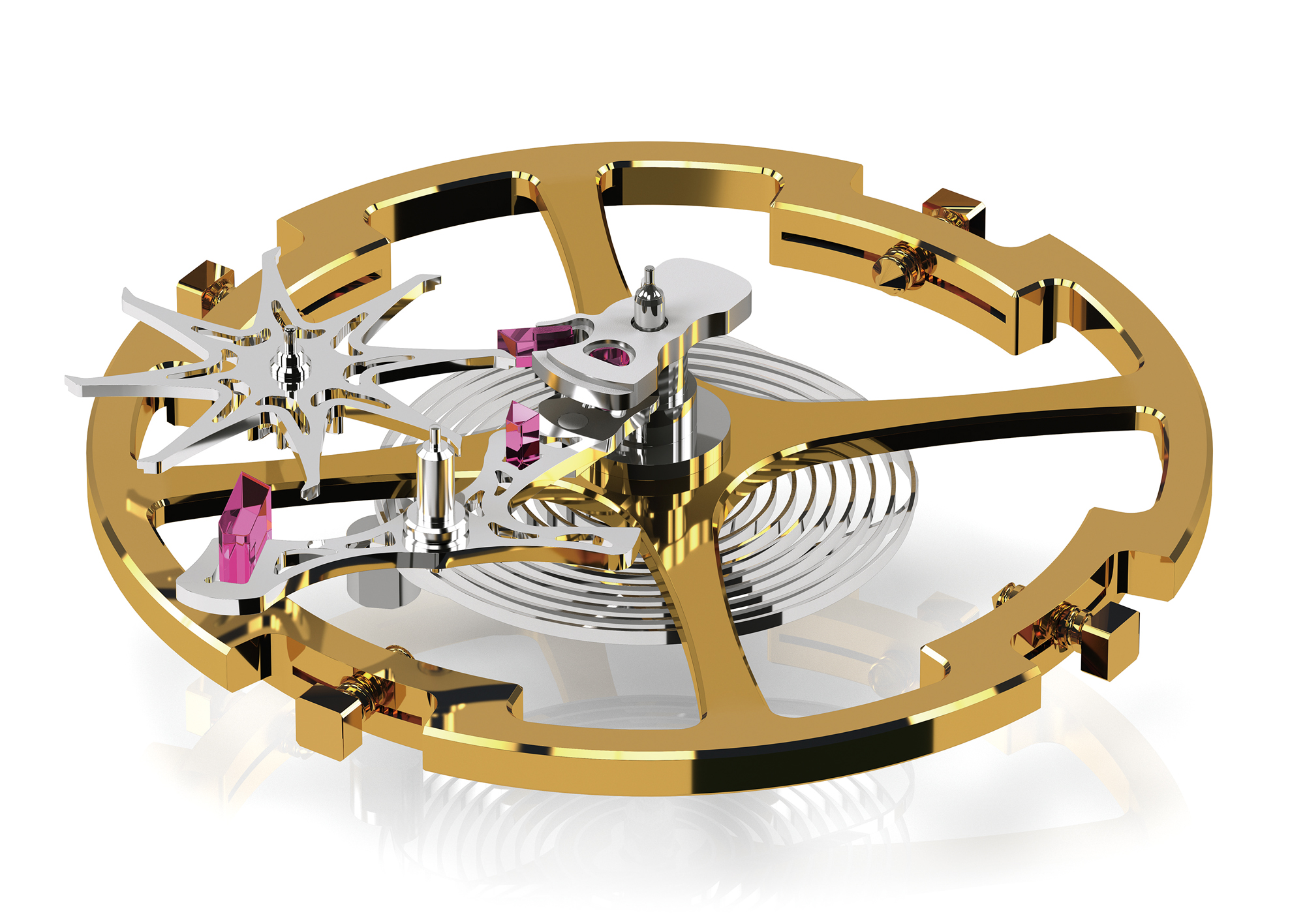 This was made by possible via a twin barrel system paired with the highly efficient and proprietary Dual Impulse Escapement. The latter is especially noteworthy because not only are new escapements rare in horology, but the Dual Impulse Escapement provides ultra-high efficiency to contribute to this new caliber’s impressive power reserve. It works by delivering impulses indirectly from the escape wheel to the balance via the pallet fork in one direction, but in the other direction it delivers impulses directly from the escape wheel right to the balance by bypassing the pallet fork. Due to the complex architecture of this escapement and the need to keep components lightweight, MEMS was crucial in the development and ultimate manufacture of the Dual Impulse Escapement. The end result is greater energy efficiency—the power reserve is about 45% longer than that of existing 9S8 Hi-Beat calibers. 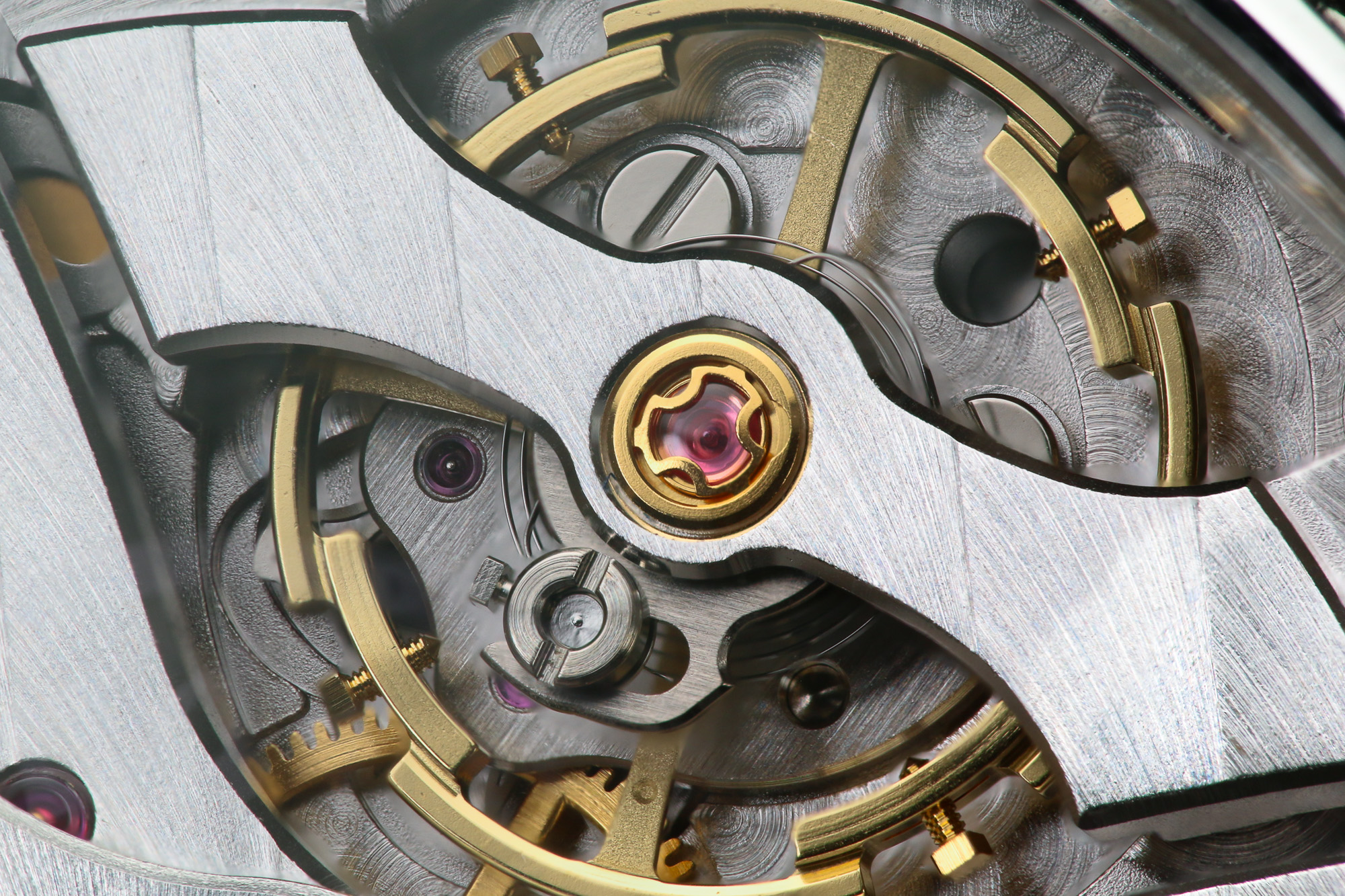 Caliber 9SA5 also utilizes a free-sprung balance with a balance spring featuring a distinct overcoil. The shape of the overcoil was chosen after 80,000 simulations proved it to be the ideal choice, and the benefit of this design is that it helps the movement maintain isochronism. With a free-sprung balance, there’s no regulator that can fall out of alignment in case of shock, so while they are more challenging to adjust initially, they are also more reliable in the long run.

The caliber has a high level of finish, with a distinct openwork look on the oscillating weight, vibrant striping and beveling, and a full balance bridge design that echoes the shape of Mt. Iwate and a bend in the Shizukuishi River.

A movement this impeccable deserves housing to match, and Grand Seiko certainly delivered. The case architecture is the same as SLGH002. Broad, faceted lugs anchor the mid-case, which boasts a beautiful mix of Zaratsu-polished and hairline surfaces. One area of note is the top of the bezel, which is done with a hairline finish, and how it interacts with the mirror-polished bevel along the side. This complex contrast in finishing allows the case to play with the light in surprising ways, allowing different parts of the watch to come to life as they catch the light. The bracelet is a familiar five-link design, but with flatter links that give it a distinct look. 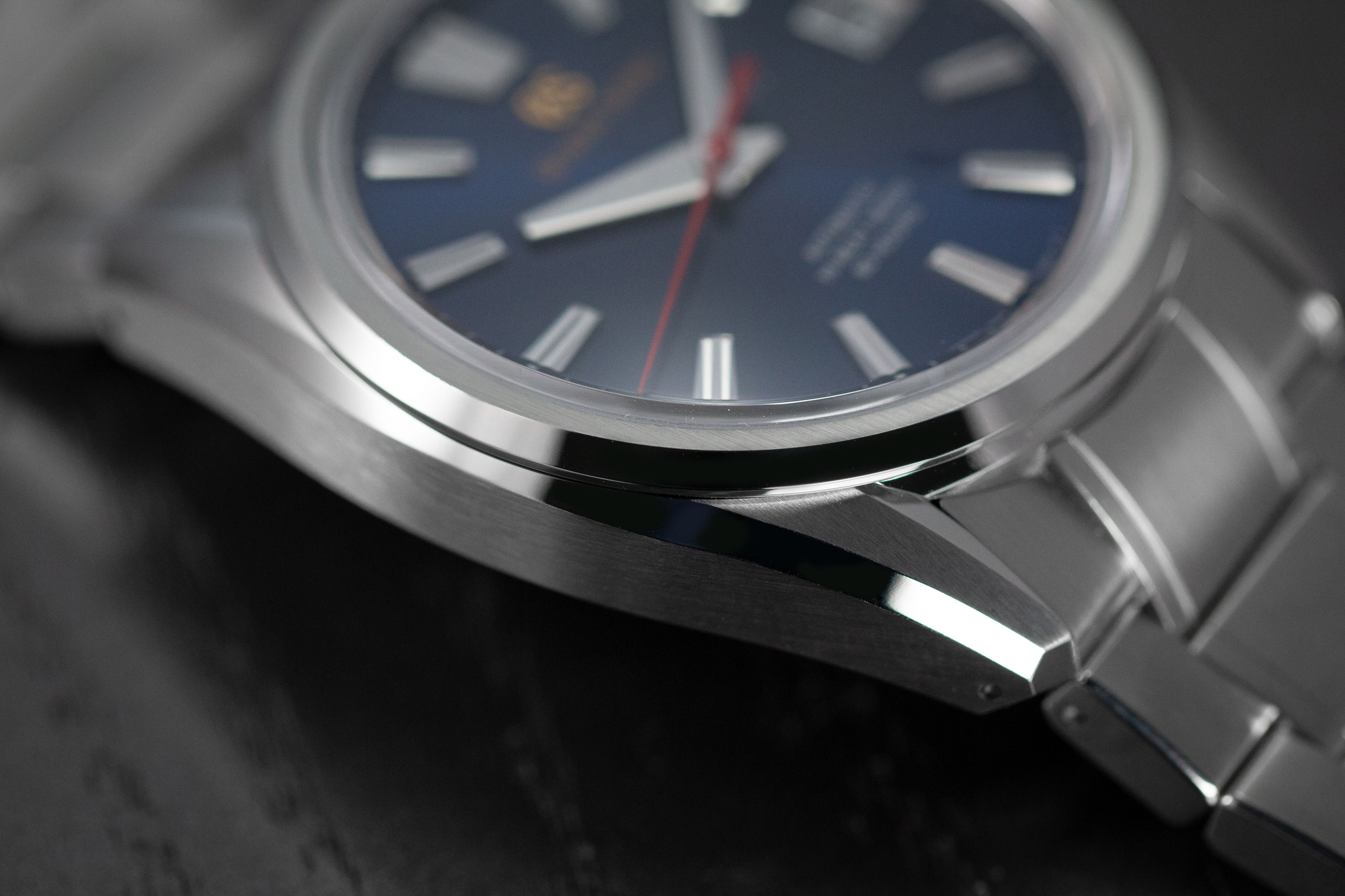 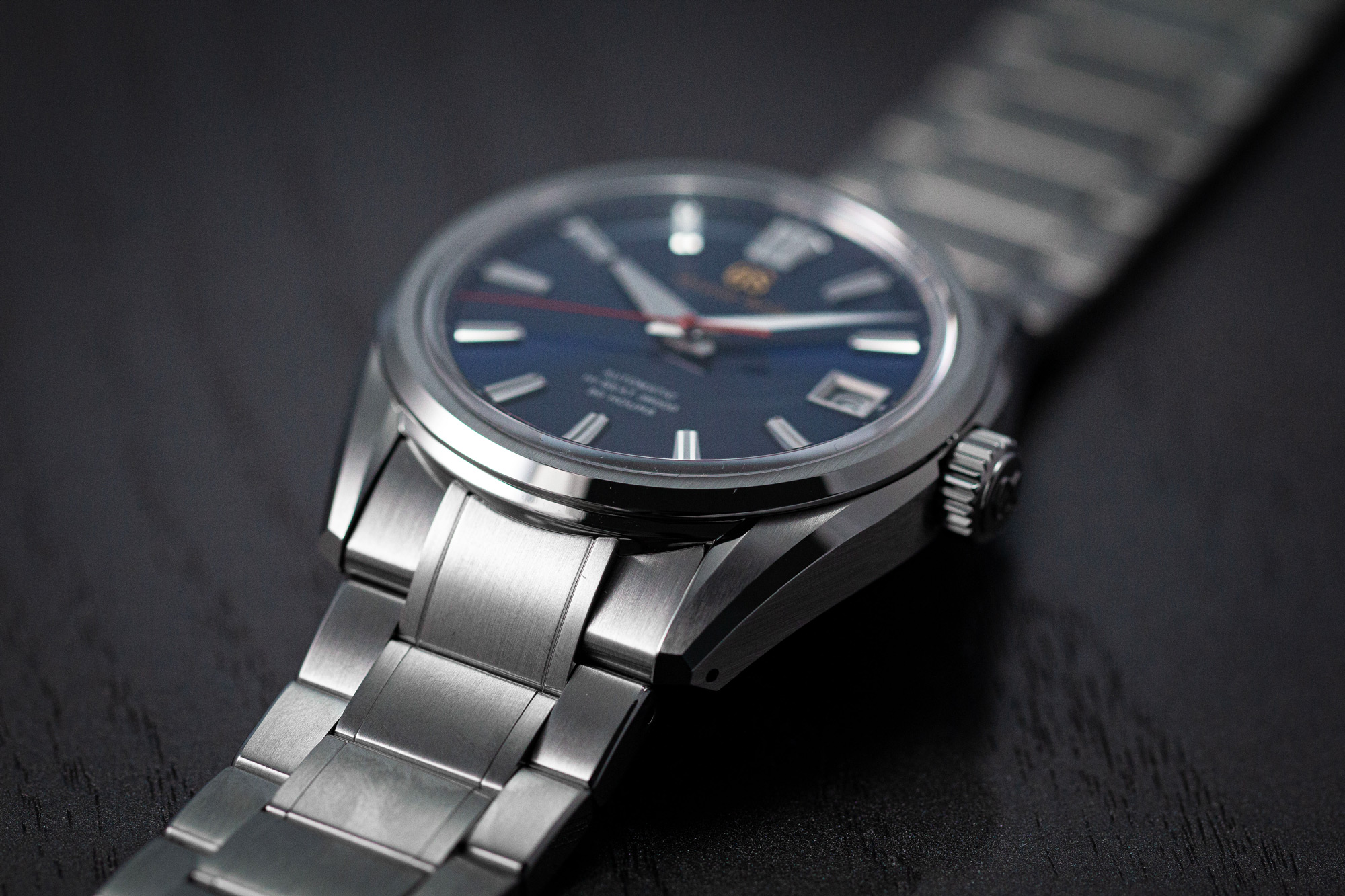 The dial is in Grand Seiko blue and the new handset and markers are distinct and prominent, inspired by the very first Grand Seiko from 1960. The markers and hands, like the case, play with the light, and they contrast beautifully against the shimmering dial. With SLGH003 being an anniversary release, red accents the second hand. 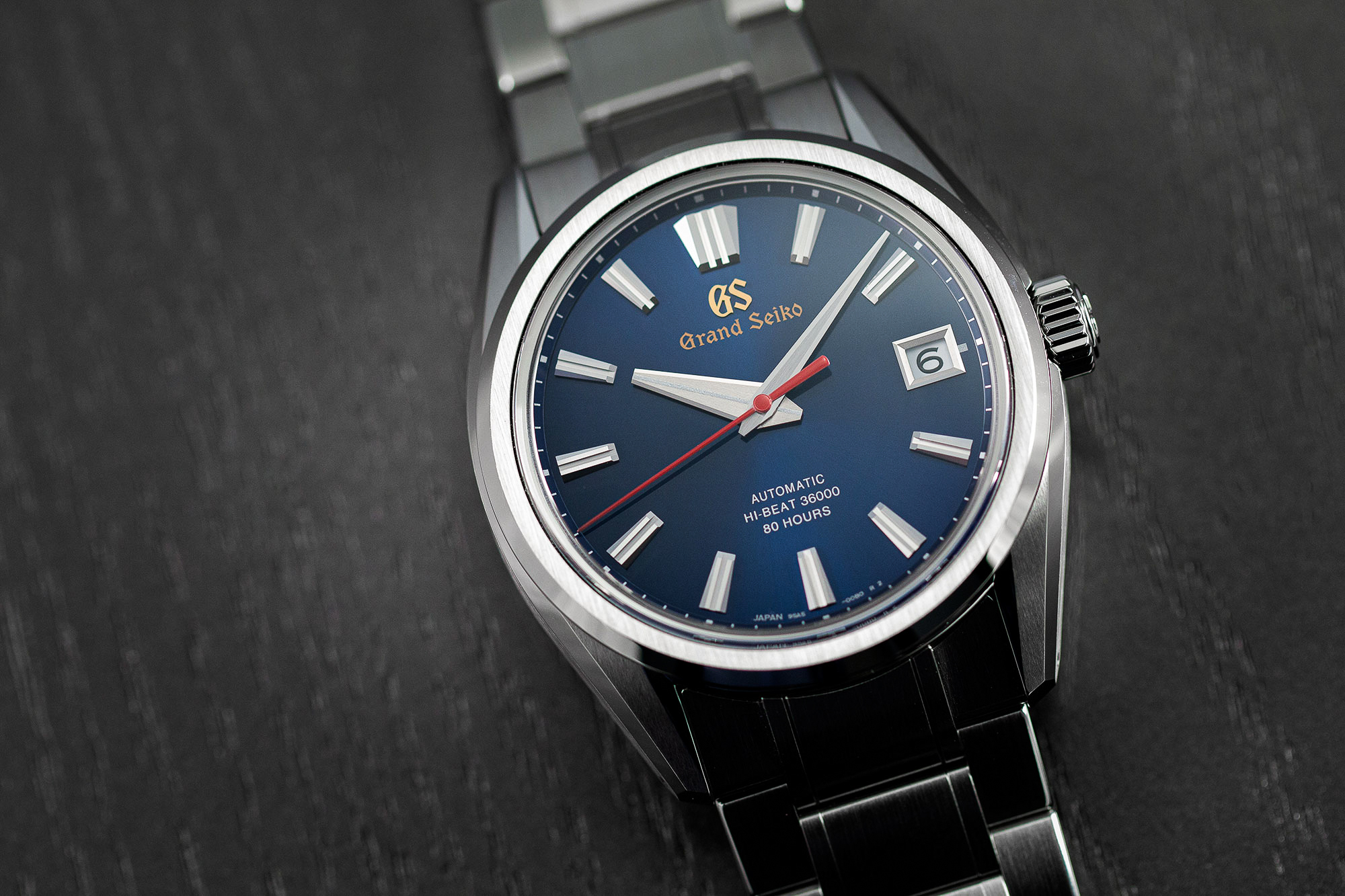 The new handset and indexes bring legibility to the forefront. 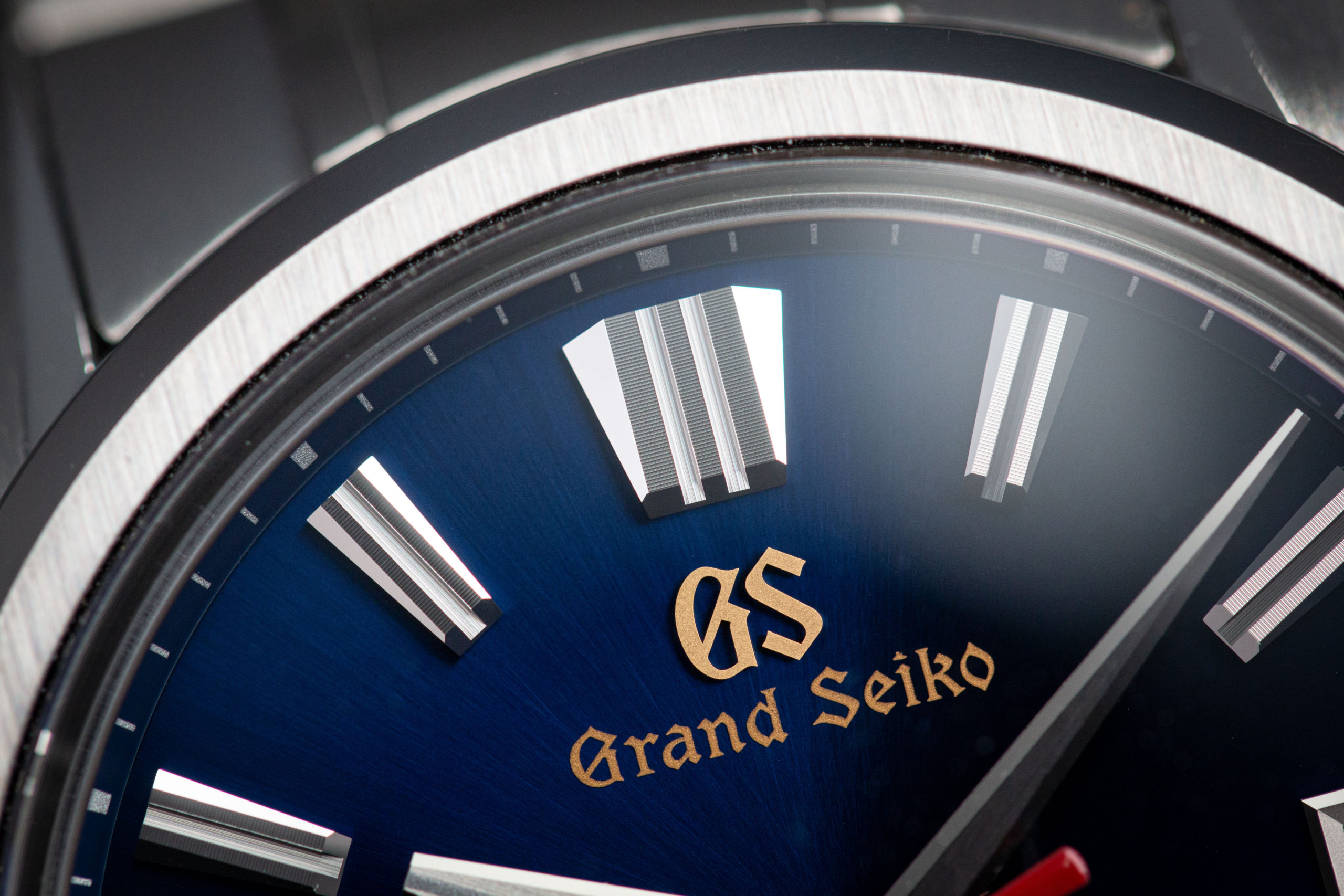 To produce the complex geometry of each index is a painstaking process.

On the wrist, both the watch and bracelet are incredibly comfortable, and the new caliber gives the SLGH003 a pleasing lower profile when worn (it’s just 11.7mm thick). Of course, comfort is key to Grand Seiko design, and that’s no exception here. The watch case hugs the wrist while retaining that distinct geometry Grand Seiko cases are known for. 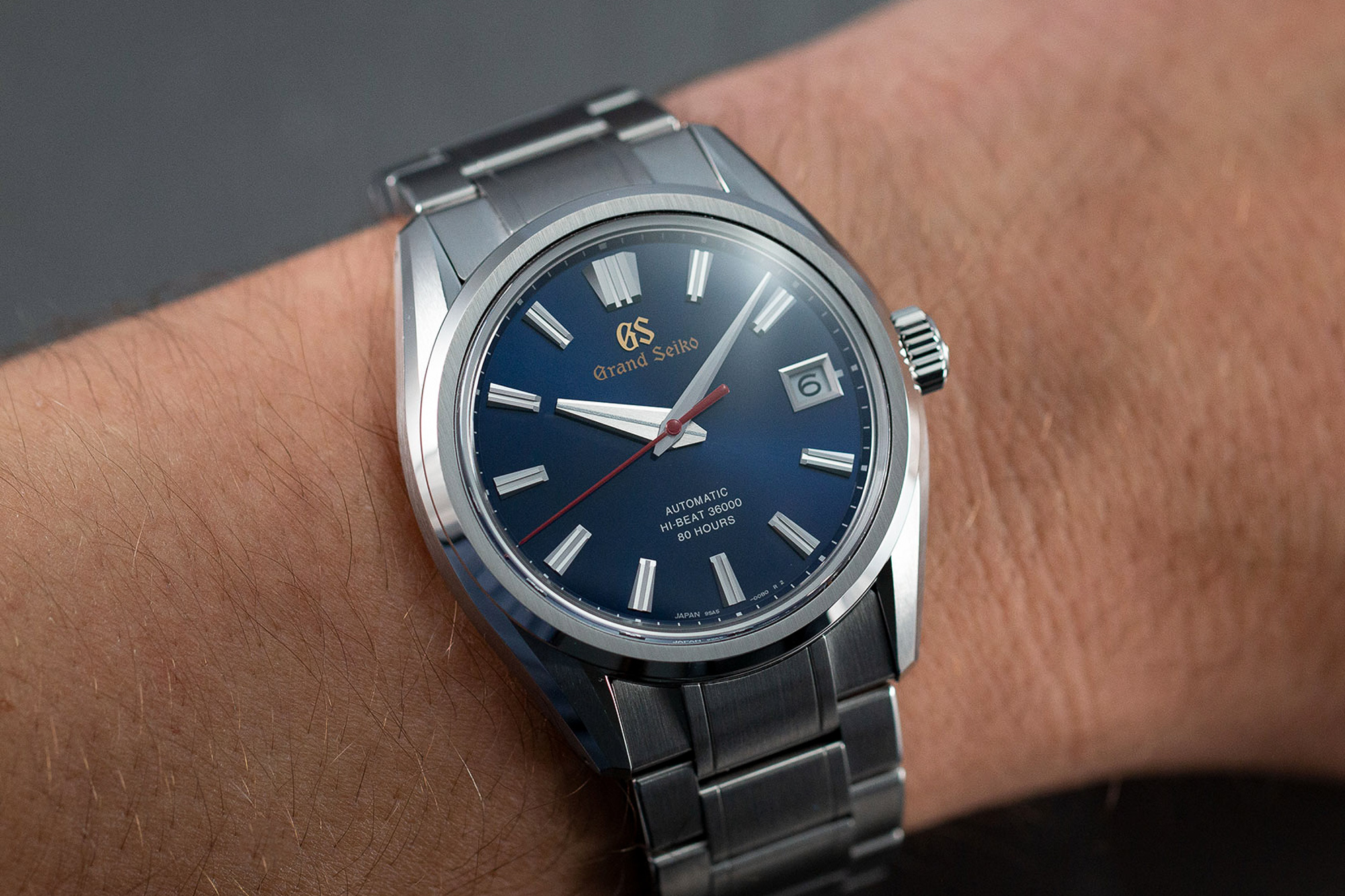 The new form factor has an impeccable fit, with the gentle curve of the case hugging the wrist, ensuring daylong comfort when worn. 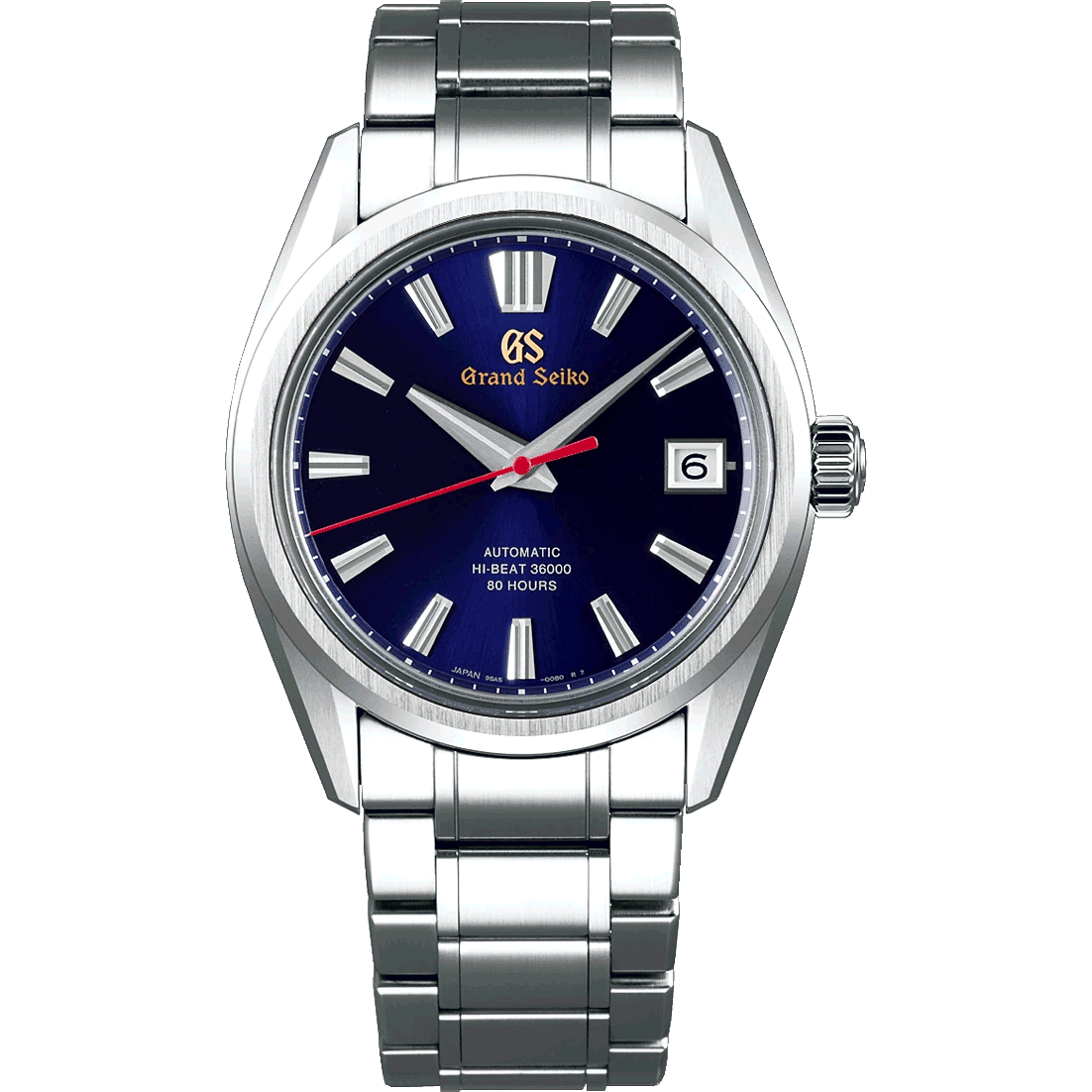