The number 60 is significant in Japanese culture. When a person turns 60 they celebrate a Kanreki, or a rebirth. It’s a moment that honors and reflects on the past, but one that also looks forward to the future. With 2020 marking their 60th anniversary, Grand Seiko celebrates its Kanreki. The brand has spent the better part of the year rolling out exciting thematic releases, using blue and red to express six decades of fine Japanese watchmaking. (One such release includes the SLGH003 powered by the new groundbreaking 9SA5 movement; you can learn more about that watch here.)

Continuing this celebration is the recently announced SBGR321, a timepiece inspired by the brilliant blue sky at dawn over Mt. Iwate near Studio Shizukuishi, the site where Grand Seiko’s watchmakers produce all mechanical timepieces.

With its stunning geometry, Reference SBGR321 perfectly captures the essence of the Grand Seiko Style. 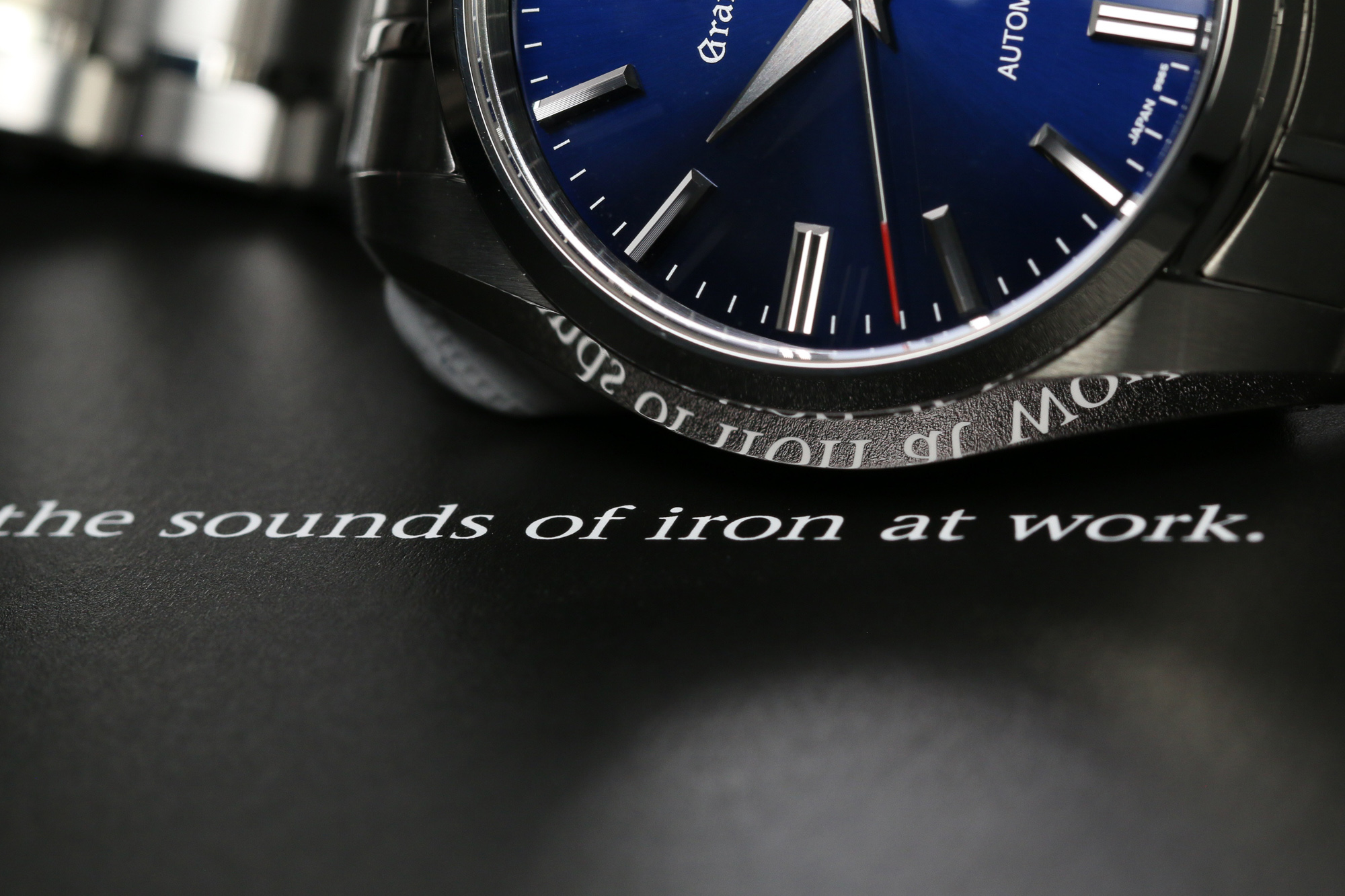 Measuring 40mm by 13mm, the case of Reference SBGR321 is exemplary of the contemporary interpretation of the Grand Seiko Style. It features eye-catching geometry, with long, faceted lugs emerging from the mid-case and curving down to hug the wrist. This geometry is further accentuated by the finishing, which combines Zaratsu-polished surfaces boasting a mirror-like reflection with hairline-brushed areas. The crown at three screws down, and the case is rated to 10 bar. 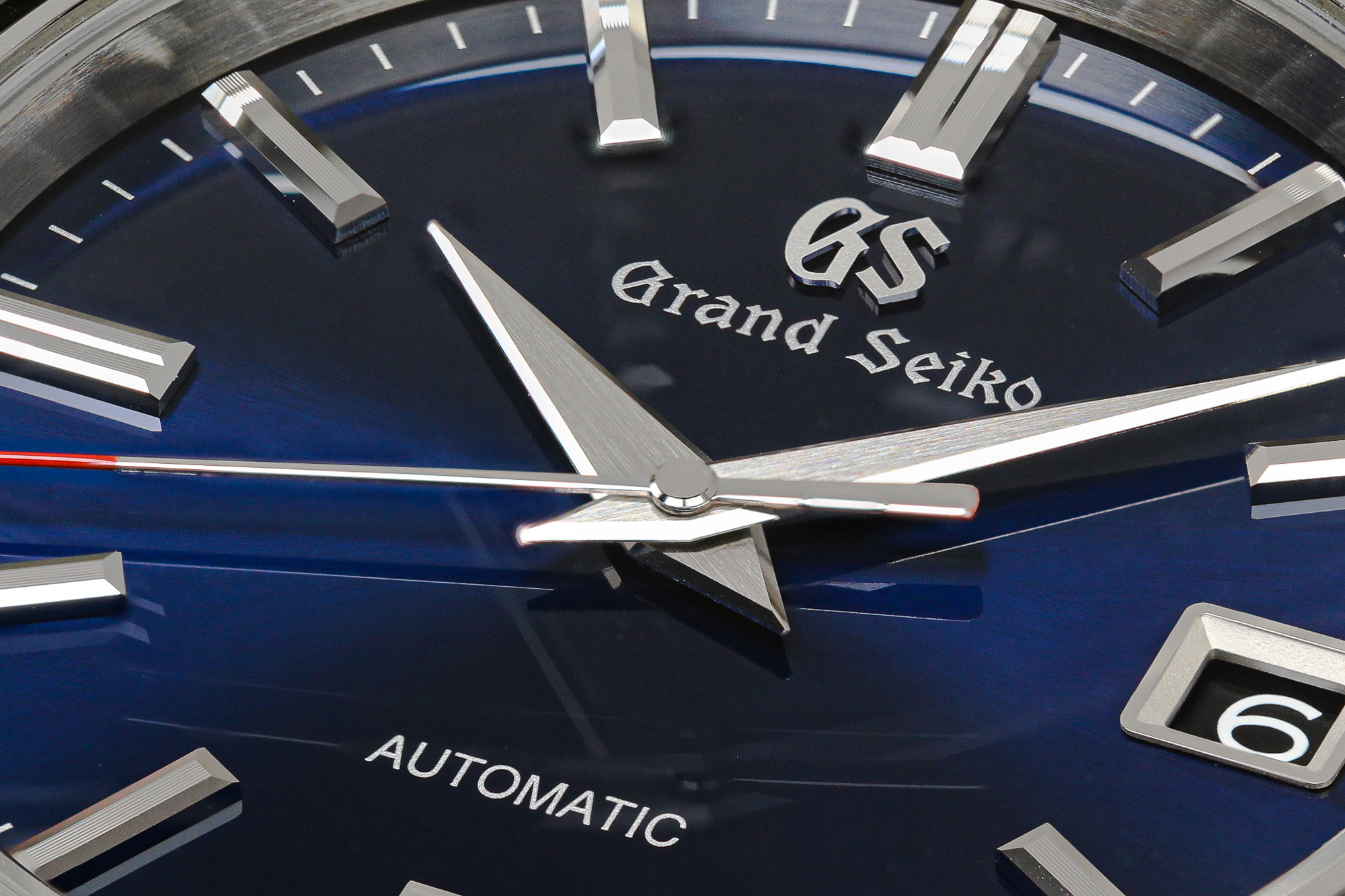 Diamond-cut hands and indexes give the dial a beautiful, sharp look.

The red-tipped second hand evokes the sunrise over a blue morning sky.

The vibrant blue of the dial is the perfect base for the faceted indexes, which have an appealing visual weight here and contrast perfectly against the blue. Grand Seiko’s iconic handset is here, too, and the hands feature a hairline-brushed top surface so as not to get lost against the darker dial. As always, legibility is monumental here. To evoke sunrise over a blue sky, the tip of the second hand is rendered in red.

There is an exhibition case back that makes visible the excellent Caliber 9S65, rated to +5/-3 seconds per day with a power reserve of 72 hours. The movement receives a special treatment here. The oscillating weight is made of crystallized titanium and tungsten, and the beautiful blue finish is achieved through an electrochemical process called anodic oxidation, which creates a colored film on the metal (it is possible to create different colors by varying the thickness of the oxide film). Aesthetics aside, the titanium disc also contributes to the shock resistance of the watch, and the tungsten weight produces the necessary inertia for effectively winding the watch. 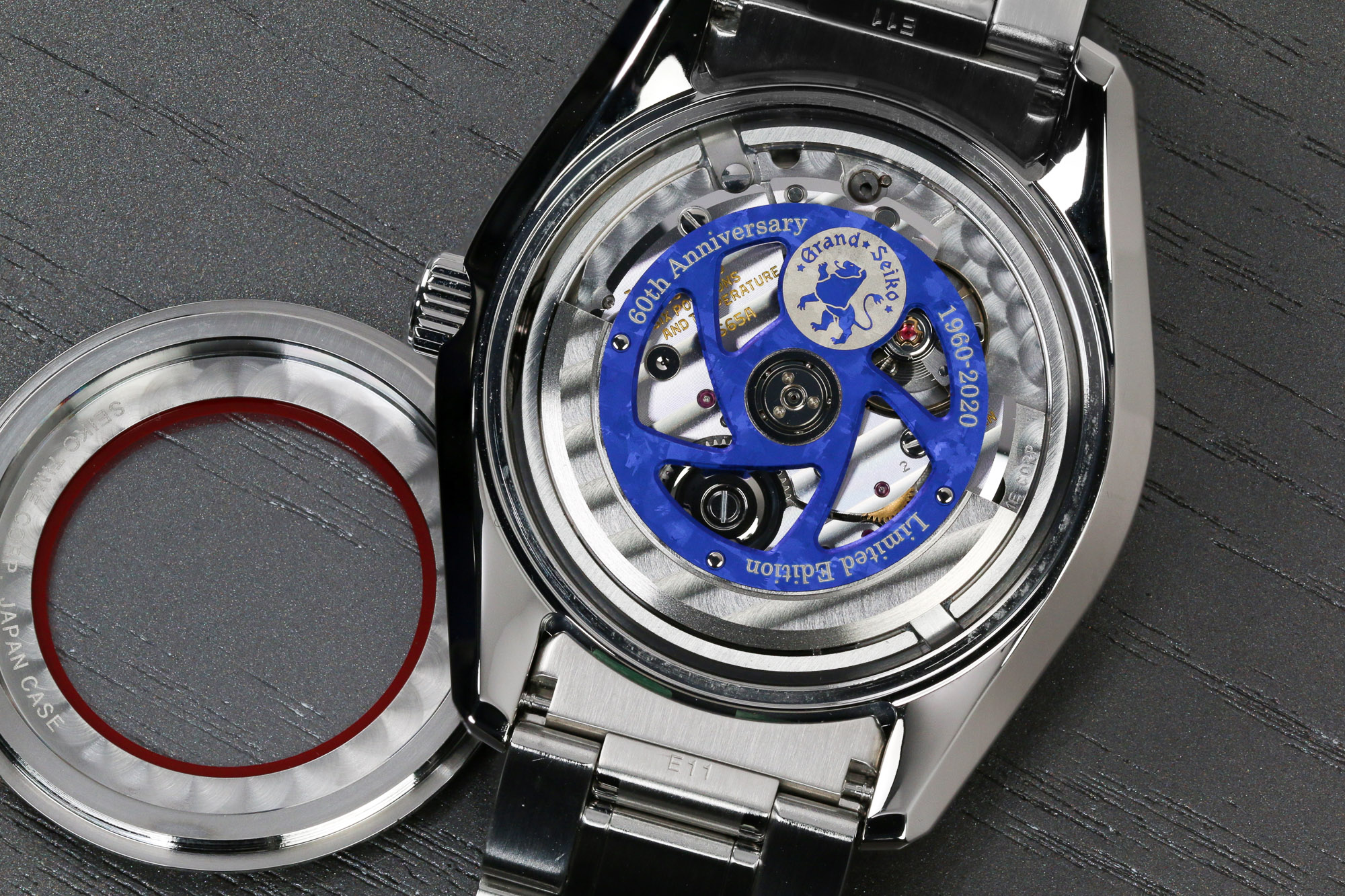 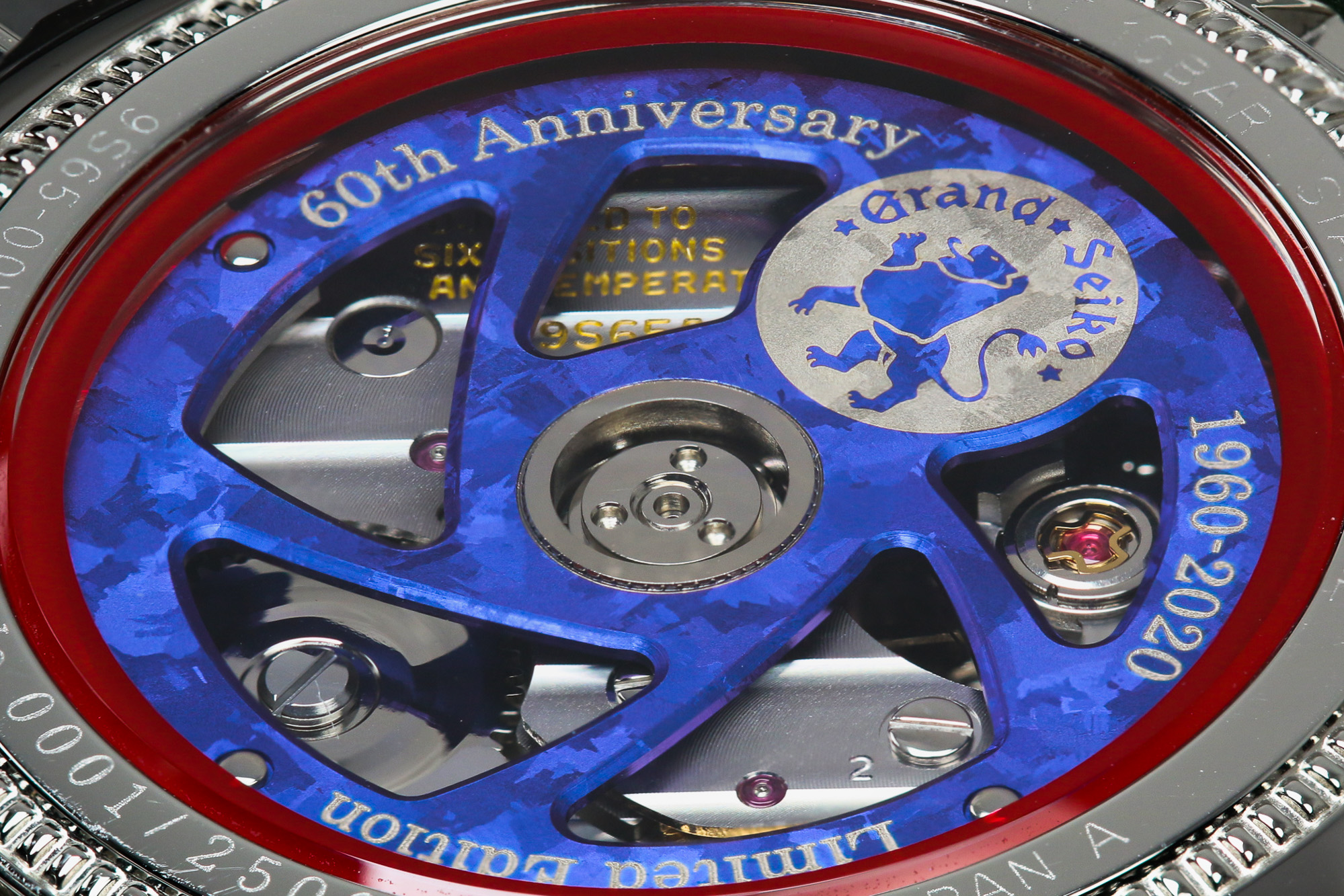 A red ring inside the sapphire crystal case back evokes the morning sun as it fills Studio Shizukuishi with light.

Mounted on a versatile five-link bracelet, SBGR321 is highly versatile watch. Drilled holes on the lugs allow for easier swapping of bracelets and straps, allowing the wearer to dress watch watch up or down. 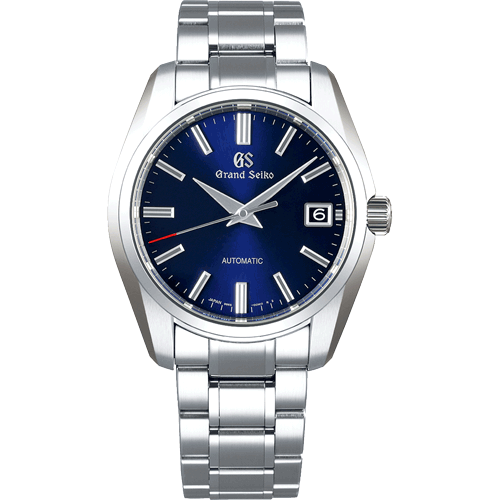