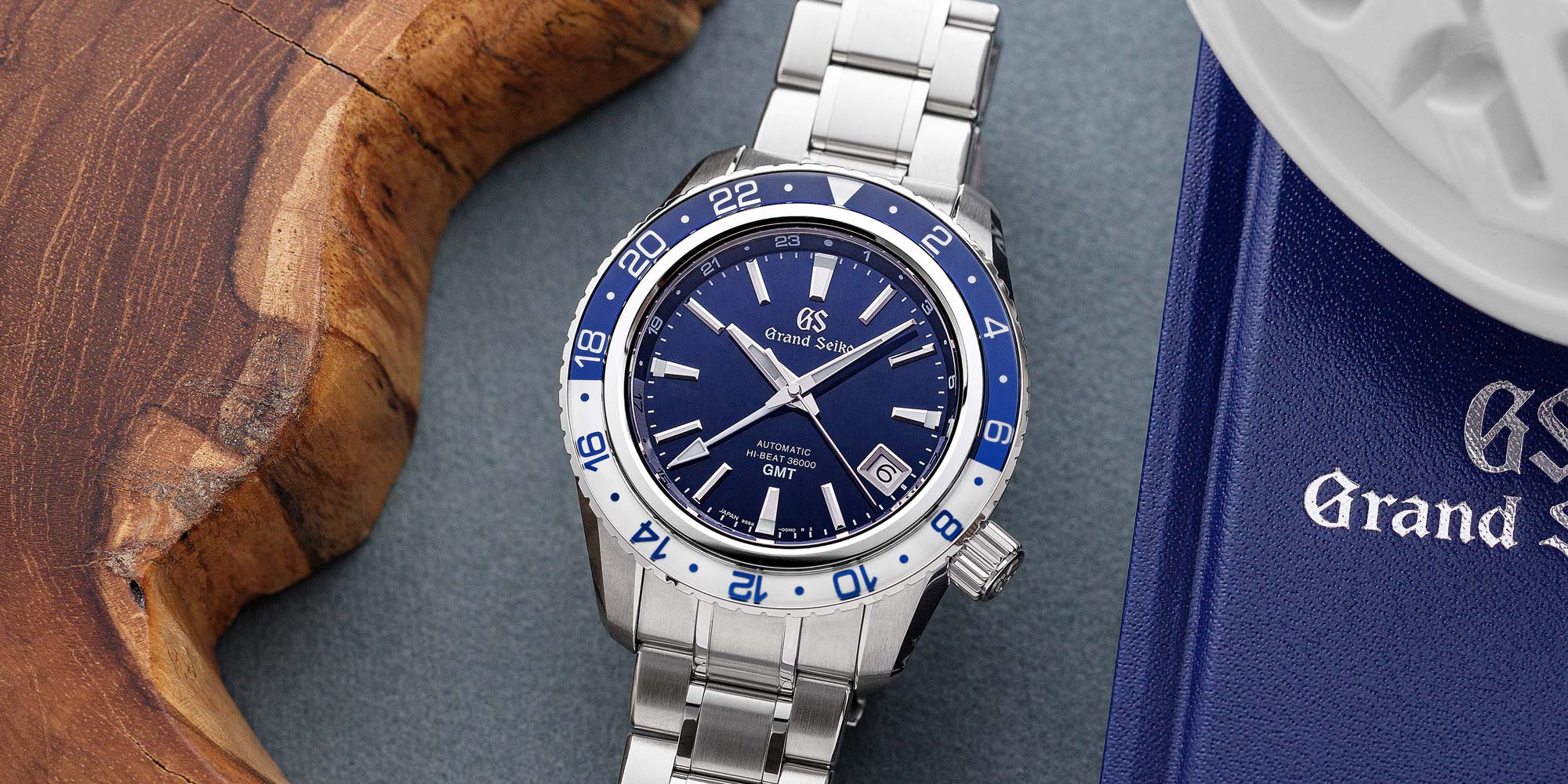 Earlier this year, we wrote about Grand Seiko reference SBGJ239, a green-dial GMT in the Sport Collection capable of tracking three separate time zones. That watch, released in 2020, was one of a pair of references, the second being SBGJ237. Despite their similarities, in-hand both have quite a different impact, with SBGJ237 featuring a different color scheme and a stainless steel bracelet. Today, we are taking a closer look at SBGJ237. 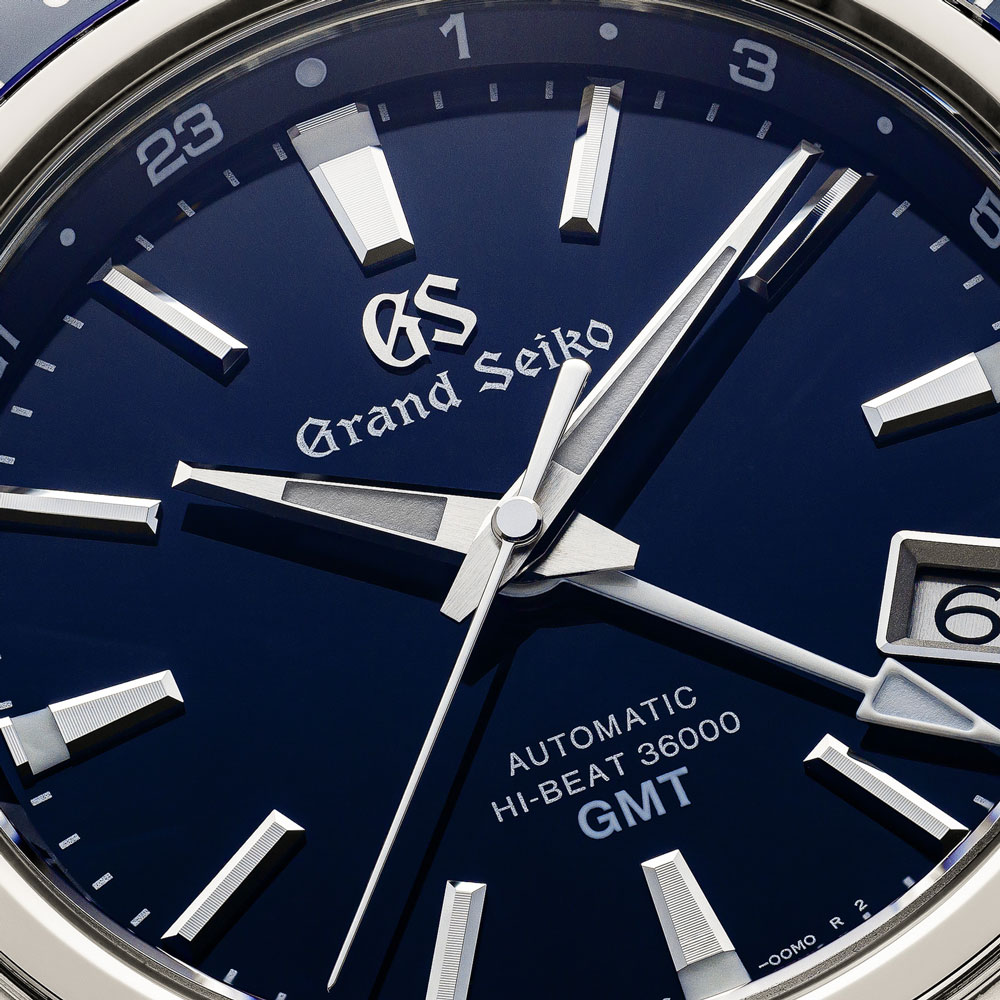 The distinct white and blue coloring of SBGJ237 immediately catches the eye. The dial features bold indexes with luminous paint at the three, six, nine, and twelve o’clock indexes. The same luminous paint is also on the hours, minutes, and GMT hand. Grand Seiko utilizes a proprietary luminous compound called LumiBrite, which is known for its intense and long-lasting glow that allows for easy low-light legibility.

The blue dial has a subtle sunray pattern, a detail that plays wonderfully with the light. Around the dial is a 24-hour chapter ring. It features the nighttime hours color-coded blue, and the daytime hours coded white, and it can be used to track an additional time zone. 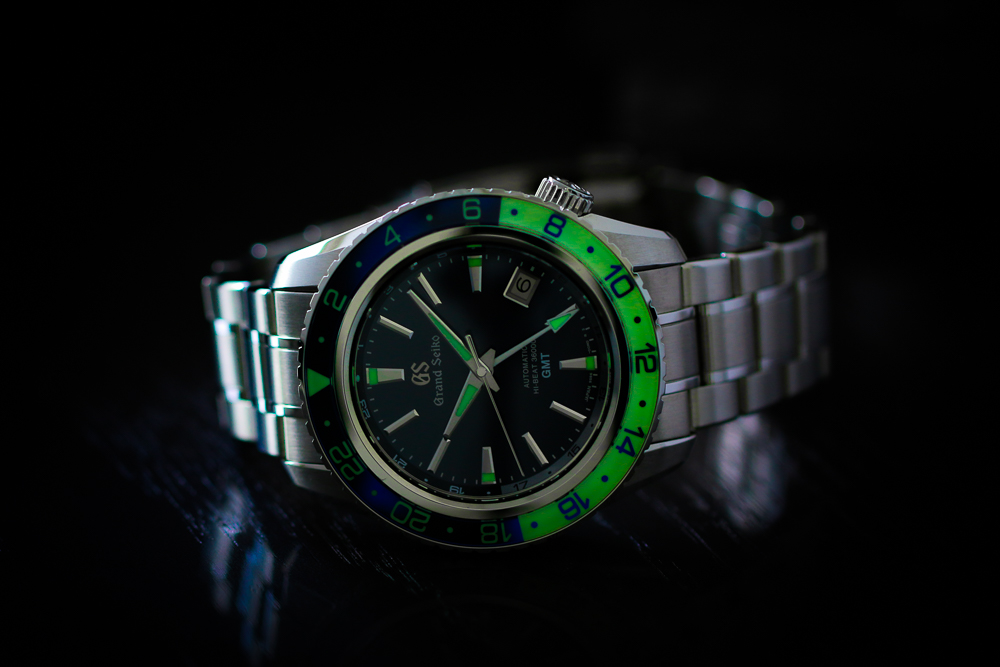 On the bezel, the nighttime hours are similarly color-coded. The bezel has a sapphire overlay that is extremely durable because synthetic sapphire, which is the hardest of all known oxide crystals at 2,500-3,000HV, is highly resistant against scratches. Underneath this overlay is ample application of LumiBrite, and all the white portions on the bezel glow green, matching the luminous paint on the dial. 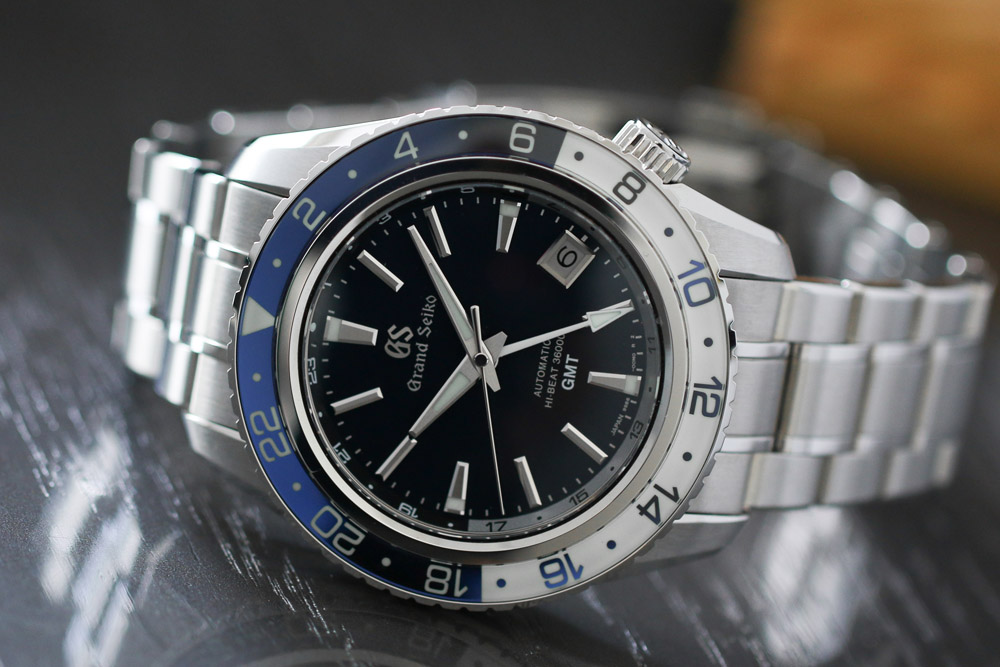 The case, rendered in stainless steel, measures 44.3mm in diameter, 14.4mm in thickness, and 51mm in length lug to lug.  Despite its dimensions, the watch wears smaller than what the numbers may suggest. Unlike a watch that is all dial, SBGJ237 boasts a sizeable bezel that is designed for legibility and ease of operation. This makes the dial look smaller. Furthermore, the lugs curve down, and the crown is moved from the traditional three o’clock position and offset to four o’clock, which makes the case look smaller along its horizontal axis.

Like all Grand Seiko watches with GMT functionality, SBGJ237 is designed to be a true GMT. What this means is that the local hour hand is independently adjustable, and the GMT hand remains fixed to the “home” time, which is whatever non-local time you would like to track. The benefit of this type of functionality is ease of real-world use. Upon arriving to a new location in a different time zone, the wearer can quickly advance the hour hand, which jumps in one-hour increments, to the appropriate hour without having to reset the watch. 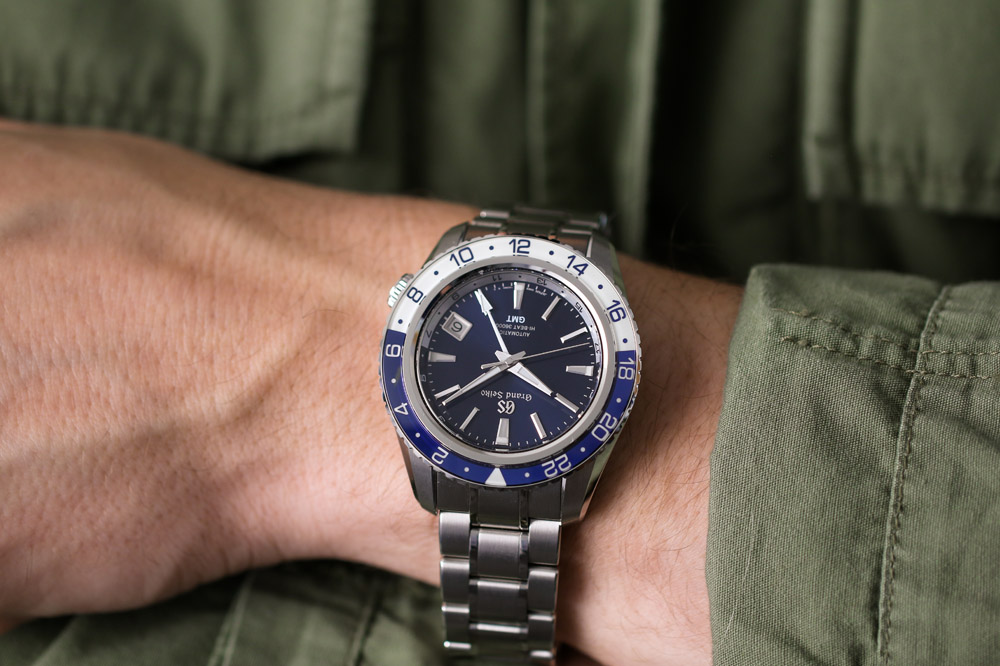 A comfortable fit on the wrist.

For example, if one were traveling from New York to London, they would simply advance the hour hand forward five positions to make up for the five-hour time difference. During this process, the GMT hand would remain unchanged, and the watch would continue to run, so the switchover would not impact the timekeeping. Altogether, it is an intuitive implementation of the function, and because the watch offers two 24-hours tracks – one on the chapter ring of the dial and one on the bi-directional rotating bezel – SBGJ239 can be used to track a total of three time zones. 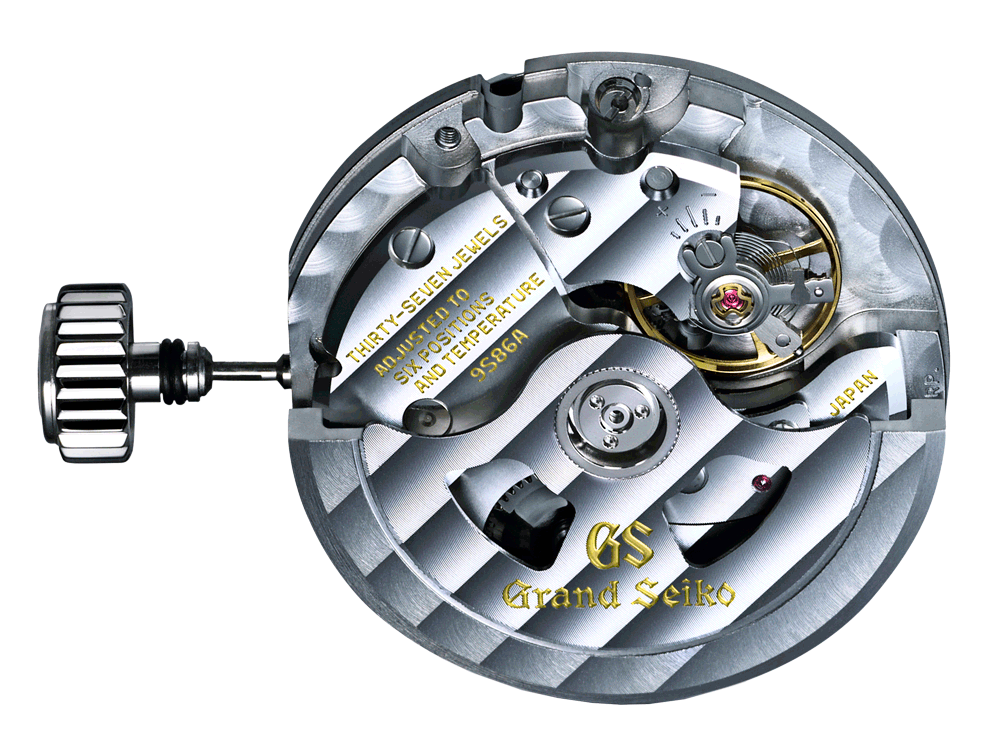 This functionality is made possible courtesy of caliber 9S86. On top of offering a highly useful GMT feature, 9S86 is also a Hi-Beat movement that runs at 36,000 bph, or 10 beats per second.  This is generally an uncommon beat rate for the industry today, with most watches running at 28,800 bph, and Grand Seiko is one of just a few brands to produce high frequency timepieces. Grand Seiko, of course, has a long history of producing higher frequency movements, with the 61GS (released in 1968) being the first Grand Seiko watch to feature a 10-beat movement (the first Japanese high frequency 36000 watch was the Seiko Lord Marvel). Hi-Beat movements remain a key part of Grand Seiko’s repertoire today, so much so, in fact, that in 2020 Grand Seiko unveiled caliber 9SA5, an entirely new high frequency movement built from the ground up.

SBGJ237, unlike SBGJ239, which came on a brown crocodile strap, comes with a matching stainless steel bracelet with a signed three-fold clasp. The clasp has an excellent low-profile design, so the watch remains comfortable on the wrist all day long. The clasp also features four points of micro-adjustment for dialing in the fit. 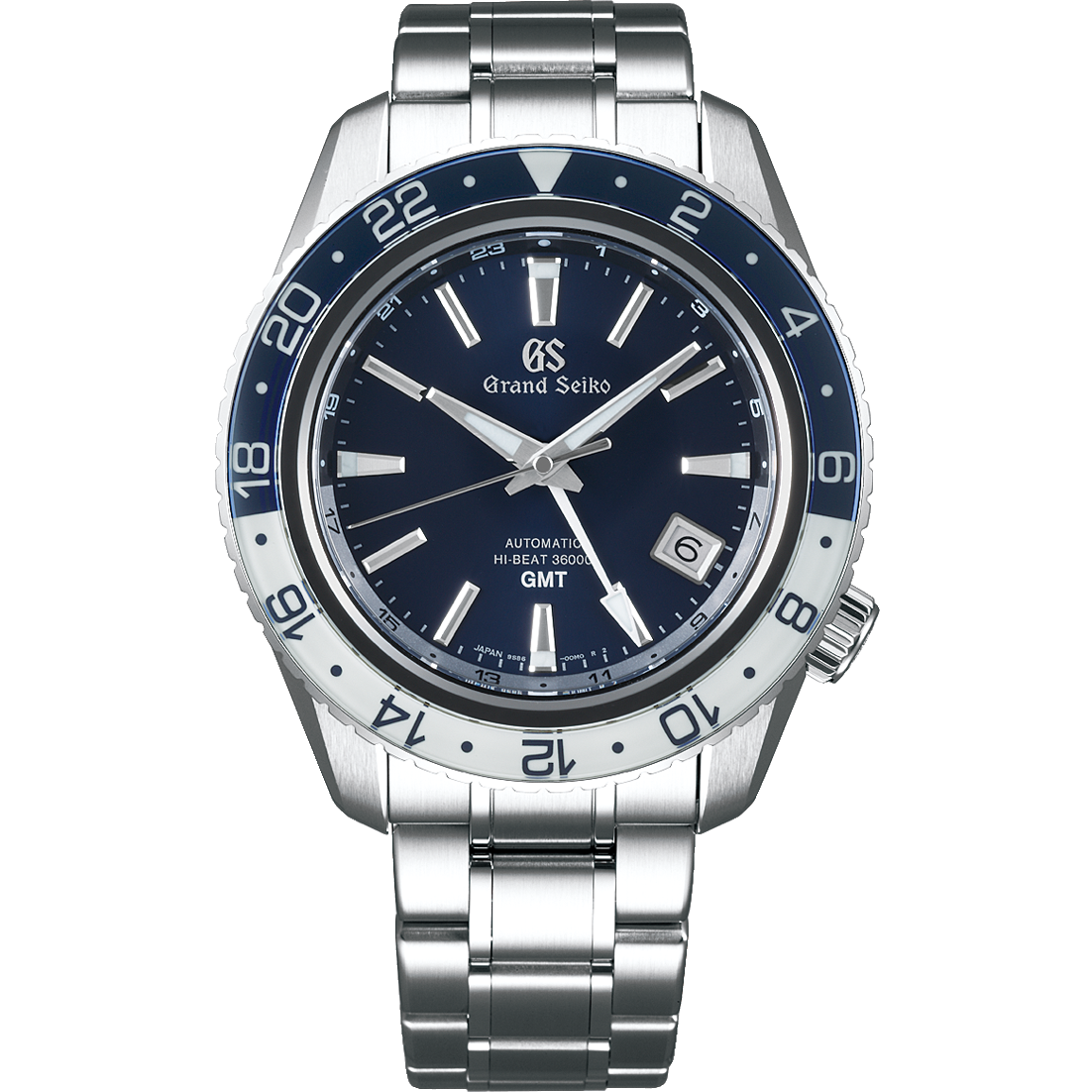 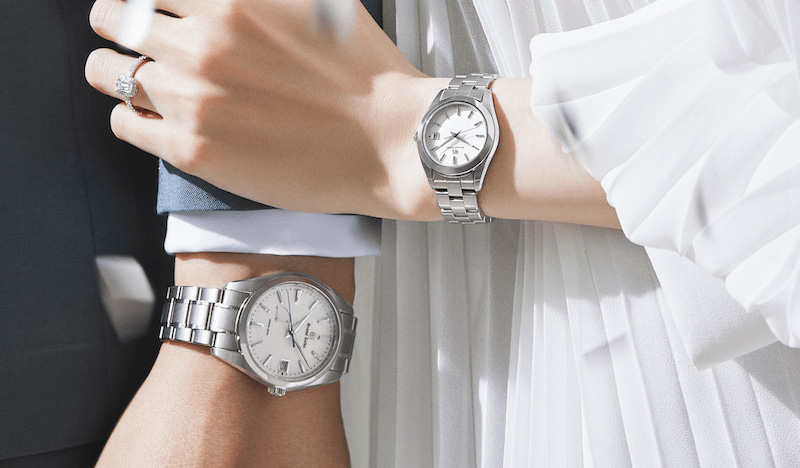 His-and-Hers: SBGA211 and STGF359 "Snowflake"
A pair of Snowflake references that embody the spirit of Shiojiri.
Read Article 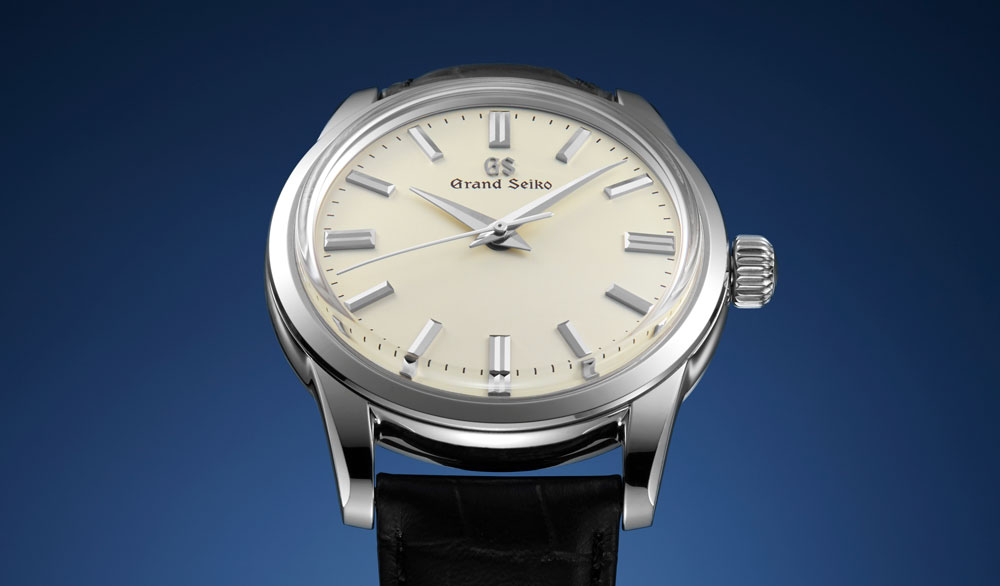 The Story Behind Grand Seiko Vol. 1
An exclusive look at the inspiration behind SBGW231.
Read Article 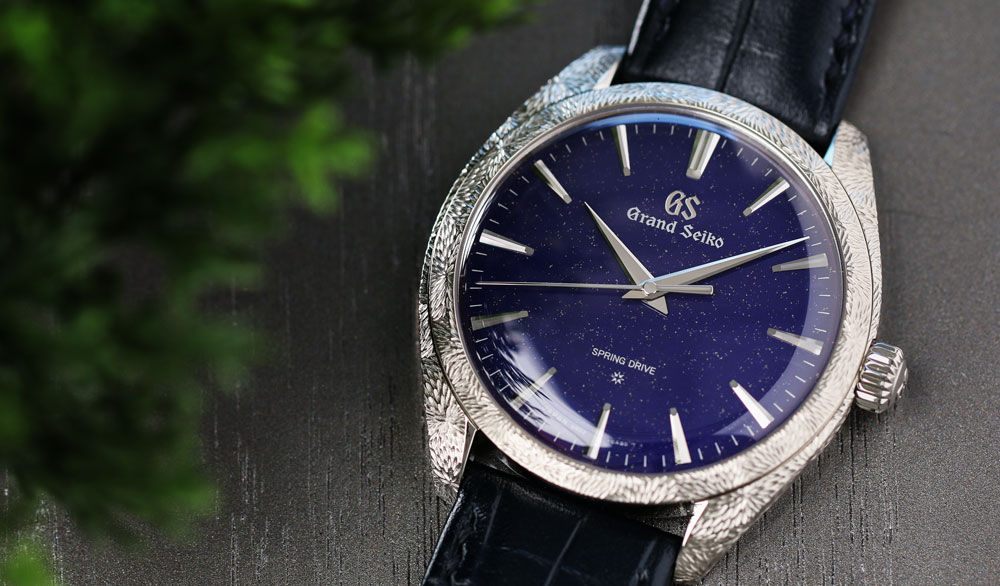 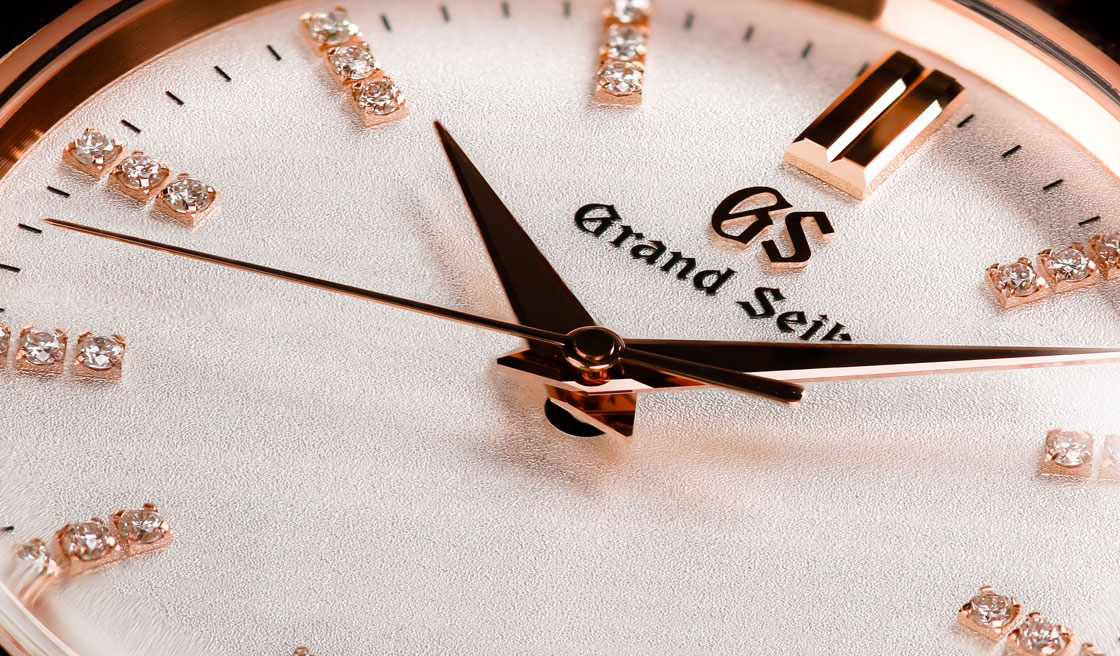