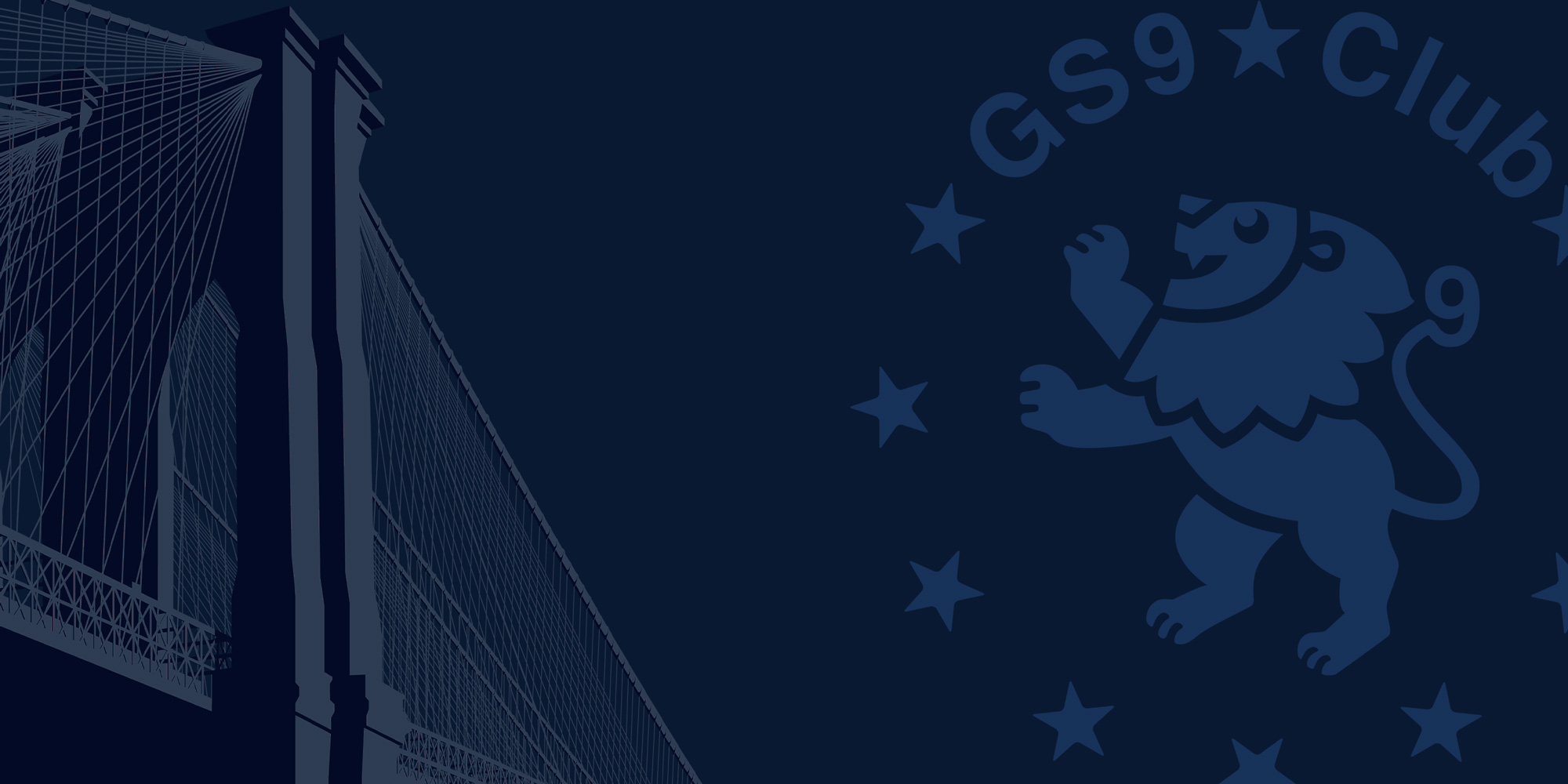 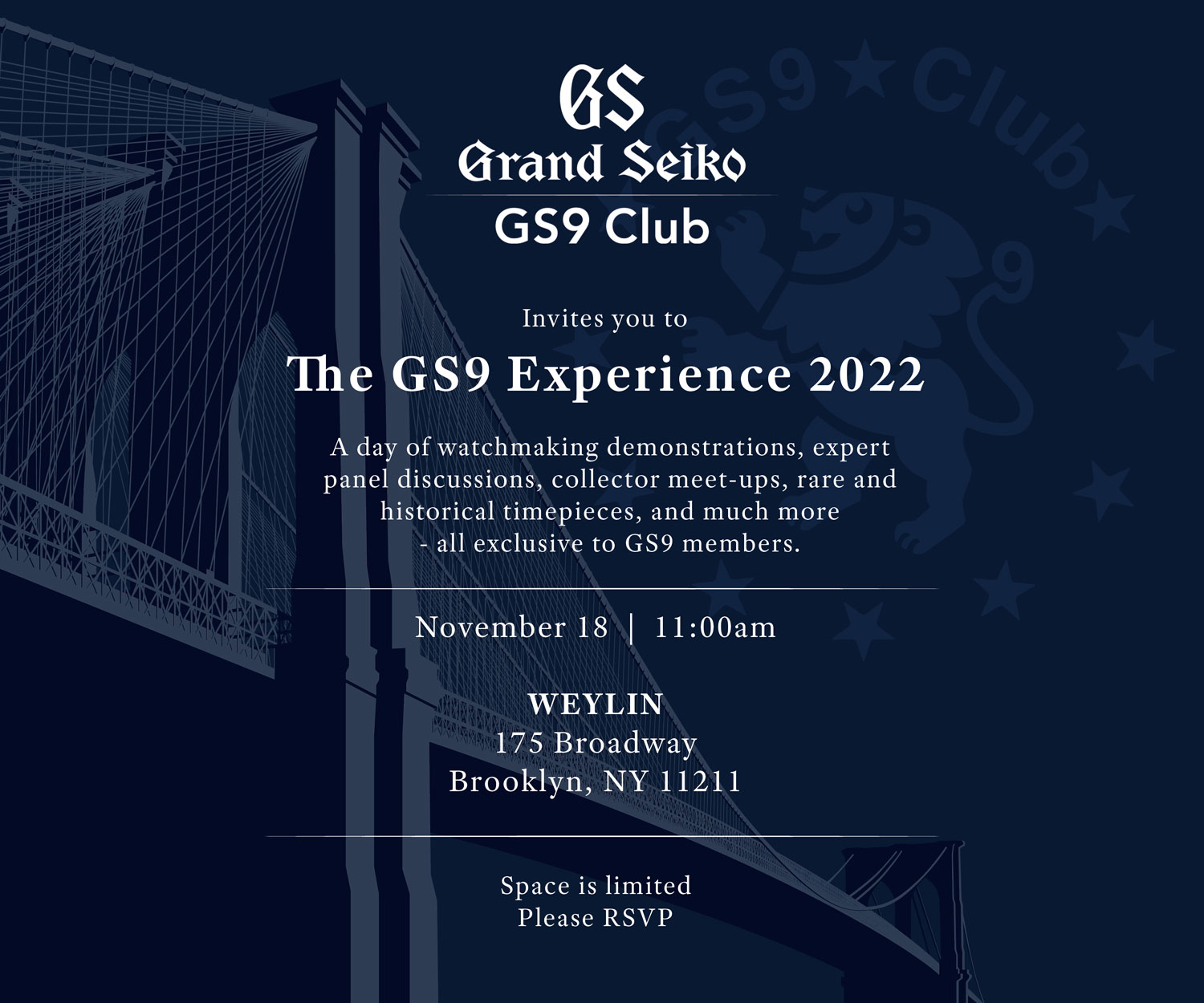 Grand Seiko Corporation of America is excited to announce The GS9 Experience 2022, its national event for members of the GS9 Club. Slated for Friday, November 18th in Brooklyn, New York, The GS9 Experience 2022 will feature watchmaking demonstrations, expert panel discussions, a collectors lounge to share and discuss your collections, historical and rare timepieces, and much more, all exclusive to GS9 Club members.

In addition to the day’s activities:

There will be a special announcement at 6pm followed by an AFTERPARTY you will never forget – including an immersive experience and celebrity DJs!

Below, you can learn more about the day’s happenings.

In 2020, Grand Seiko presented the “T0 Constant-force Tourbillon,” a multi-patented concept movement that combined a tourbillon and a constant-force mechanism as one unit on a single axis for the very first time in horological history. T0 was praised by people across the industry. Now, two years later in 2022 and ten years after the inception of T0, Grand Seiko has brought the concept movement to life in a dedicated timepiece called Kodo (Japanese for heartbeat), powered by the new 9ST1 caliber. Grand Seiko Brand Curator Joe Kirk explores the journey of Kodo from idea to execution.

With “Lights, Camera, Action,” we welcome influential personalities from the world of watch content to give GS9 attendees a peek behind the scenes of their favorite publications and platforms. In a wide-ranging conversation, we will discuss what makes a watch video successful, how creators grow and sustain a following, the degree to which audience feedback guides the direction of their content, and more.

The Evolution of Grand Seiko

Grand Seiko was built on the foundation of creating the best possible practical watches, emphasizing core brand values such as accuracy, legibility, durability, and beauty. Since its inception in 1960, Grand Seiko has continued to pursue new heights in watchmaking to achieve the very best of each of its values. Brand Curator Joe Kirk will host a conversation with leading industry voices to chart the evolution of Grand Seiko from past to present.

This conversation will explore and define Japanese style through the lenses of fashion and streetwear, craft, architecture, design, culture, and nature. Considering Japan in a global context, panelists will unpack the longstanding connection between Japanese and American fashion. The conversation will also delve into distinctly Japanese concepts such as wabi sabi and hodo-hodo, as well as consider the works of figures such as Isamu Noguchi, Yayoi Kusama, and Takashi Murakami.

Finally, be sure to stick around for the party of the year. After a special announcement, guests will cap off a day of horological wonderment as the space transports you to an immersive experience for an evening of food, drink, and a performance from surprise celebrity DJs.

Registration is now open. Please RSVP below to attend. Attendees may bring a plus one (family member or significant other), but please register them separately to ensure a correct headcount. Gradations of Light and Shadow
A sense of Japanese beauty is imbued into every Grand Seiko timepiece.
Read Article